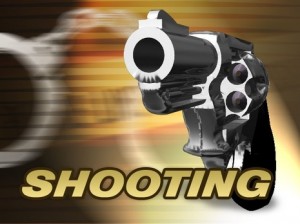 According to reports, around 3:00pm, the victim was standing in front of a residence located at Union Village, when he was approached by a man armed with a handgun who shot him multiple times and fled on foot. The victim was pronounced dead at the scene.

Bahamas Press have warned the Christie Government repeatedly of our concerns of major boarder breeches of weapons found in homes in Lyford Cay. How can anyone build an illegal boat basin in the back of their home without any government permit at the time with some alleging that guns are being imported therein should be of serious concern to every Bahamians. BUT WHO IS LISTENING!!!

Guns are being flooded in the country perhaps to destabilize this tiny island nation!

Police are actively investigating this matter and are urging anyone with information, no matter how small or insignificant (the tip) may seem, to anonymously call Police at 919 or CRIME STOPPERS at 328-TIPS (8477) (New Providence) or 1-242-300- 8476 (Family Islands.