Sarkis now see he crossed the line and made the wrong decision to bankrupt Baha Mar! THAT BRAND FINISH AND A NEW DEAL IS COMING!!!! 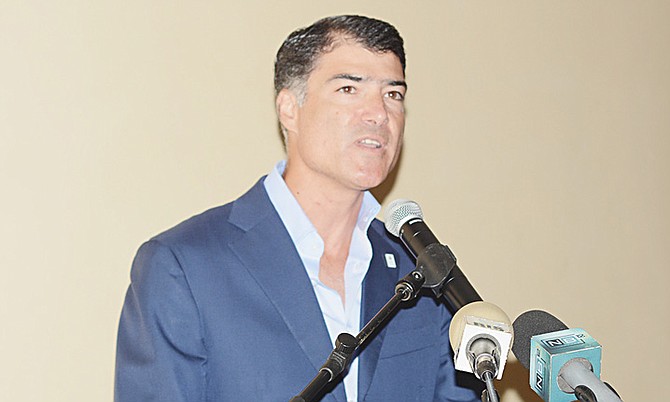 What yinner think Sarkis dem did with the money they collected on hotel bookings?

Nassau, Bahamas — Breaking News coming into Bahamas Press now confirms the Leader of the Opposition will call on Prime Minister Rt. Hon. Perry Christie at 10 am to be briefed on the developments at Baha Mar.

In a statement issued Sunday, the FNM pointed, “in order for us to have a meaningful and substantive discussion we will request that the government provide us with access to all information and documents including all agreements, minutes of board meetings and minute discussions between the relevant stakeholders including but not limited to the Government of The Bahamas, China State Construction Co, Export-Import Bank of China, and Baha Mar.”

Additionally, Bahamas Press at noon today can confirm that Chairman Sarkis Izmirlian has come to his senses after abandoning the workers and dumping them on the Government! We understand he has penned letters of regret and conciliation to both Prime Minister Christie and China EXIM Bank, the lenders, regarding his decision to go bankrupt. Sarkis didn’t inform key partners in the development – the Government or the EXIM BANK – of his decision. UNBELIEVABLE!

Bahamas Press revealed over the weekend how Sarkis’ Baha Mar owed almost everyone in the Bahamas – including the Boys Scouts!

BP is getting word the matter could be resolved soon and the Chinese could be big players in resolving the crisis.

Workers who protested should be concerned, as they just might not be rehired when the new management company takes over! Dey say they love Sarkis – who dumped them on the hot pavement outside Baha Mar!

Boy, when you work for people and they decide not to pay you, the last thing yinner should have done is walk up in the street in the hot sun – talking ASS!