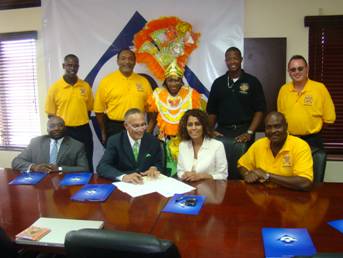 GEORGETOWN, Guyana, Thurs. April 9, 2009:  The report of the probe into the financial status of CLICO (Guyana) insurance firm is due out next week and any evidence of possible fraud or insider trading will lead to prosecution, a government spokesman has maintained.

Commissioner of Insurance and judicial manager, Maria van Beek, is set to submit her report to the High Court on the findings of the probe which began after the court on February 25 granted a judicial management order over CLICO Guyana.

Van Beek last month noted that as Judicial Manager, she is expected to report back to the court with her recommendation regarding the future of the company.  The financial investigation, she said, `is not a quick process, nor an easy one.`

She said an important up-to-date assessment of the company’s financial status is underway with the help of the Nizam Ali and Company accounting firm and its actuary, Prescience Insurance Consultants and Actuaries based in Toronto, Canada.

`While these investigations are being conducted it is important that I seek to operate the company in a manner that will maintain its viability and maximize its ability to meet its obligations to policyholders and creditors,` she said.

She signalled two that other options are available to winding up the company but said this will depend on the current investigation of the financial state of the firm.

The CLICO debacle began on January 30 when the Government of Trinidad and Tobago, through its Central Bank, was forced to bail out four of the subsidiaries of the CL Financial Group. On February 24, Bahamian Prime Minister, Hubert Ingraham, who is also the Minister of Finance, was granted a winding up order over the operations of CLICO Bahamas.

Immediately following the actions of the Bahamian authorities, the Government of Guyana, through the Commissioner of Insurance, was granted a judicial management order over CLICO Guyana by the courts on February 25.

On March 2, the Supervisor of Insurance in Belize, Alma Gomez obtained a judicial management order on the operation of CLICO Belize, and on March 6, the Cayman Islands Monetary Authority, ordered CLICO Cayman to cease issuing new policies with investment components and refrain from accepting new premiums on existing policies with investment features.

Some analysts feel the conclusions of any investigation will put significant blame squarely on the shoulders of the management of CLICO Guyana. 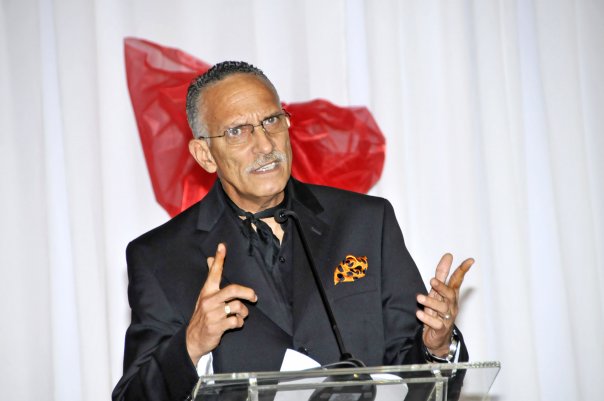 WHERE IS THE BAHAMIAN PEOPLE MONEY? — Ian Garcia (seen here), Chief Marketing Officer at Clico Trinidad. He was one of the former operators at Clico Bahamas. Garcia is one of the faces of Clico (Bahamas) who ordered the packing up of thousands of CLICO’s CLIENT files to be shipped out of the Nassau office in 2007. Bahamas Press can confirm that the entire filing room was cleaned out at the head office. Then Garcia left the Bahamas. Garcia is seen here at a CLICO’s Christmas staff party in Trinidad in December 2008 giving an address. Boy the world is full of trickey men!

In this photo: Ian Garcia