COMMUNICATION
BY
THE RT. HON. PRIME MINISTER & MEMBER FOR CENTREVILLE
TO THE HONOURABLE HOUSE OF ASSEMBLY
OCTOBER 9th, 2013 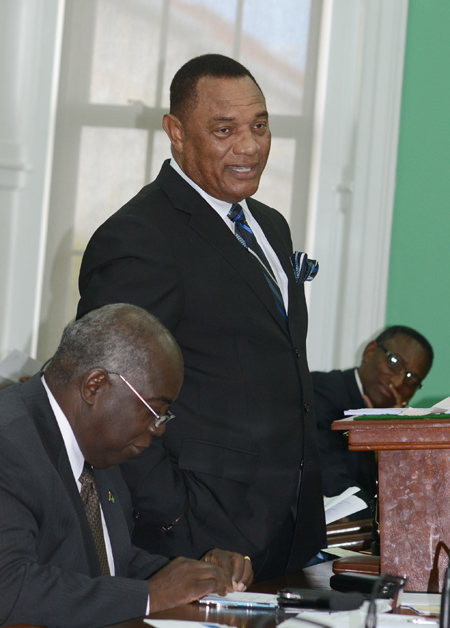 It gives me great pleasure to inform this honourable House that on Friday of this week two important pieces of legislation will be brought into force by His Excellency the Governor-General during a public ceremony at Government House.

Firstly, the Majority Rule (Public Holiday) Act 2013 will be brought into effect on Friday. This Act will make January 10th in every year a public holiday in The Bahamas, commencing with January 10th, 2014.

In this connection, Mr. Speaker, I would wish to recall what I said on an earlier occasion when speaking to the singular historical importance of January 10th. And this is what I had to say:

“There is no event in the whole of Bahamian history that can be objectively credited with greater importance than the attainment of Majority Rule on January 10th, 1967. Indeed, neither the achievement of Independence in 1973 nor the abolition of slavery in 1834 has a greater claim.

“That is certainly my view. And I know that it’s a view that is shared by many of our nation’s foremost leaders, chief among them, our Governor-General, Sir Arthur Foulkes, who, for many years past, has been saying publicly that when one objectively traces the evolution of human society in our country, there has never been a more consequential, a more fundamental, or a more transformative change than the attainment of Majority Rule. “

I then went on, Mr. Speaker, to say this:
“Majority Rule was indeed a singular moment of liberation for all of us. It liberated black Bahamians from a system of political oppression and economic and social deprivation. It opened up instead a new door of opportunity and equality for all. But it was a liberating experience for white Bahamians too because it freed them from a morally corrupt ideology based on race and privilege. By holding out the promise of a truly democratic society that was colour-blind and dedicated to the principle of equality, our white brothers and sisters were liberated from a psychologically debilitating and morally unsustainable construct”.

I then made the point, Mr. Speaker – as indeed I do again today – that January 10th does not belong just to black Bahamians, nor just to PLPs, but to all Bahamians; that it deserves to be elevated above the political fray, above the divisions in our society, so that we can all come together :
“each year…. in the context of a national holiday, to give thanksgiving for the heroic struggles of those fearless men and women who from one generation to the next carried, and then handed off, the baton of freedom until the relay was won on that glorious night forty six years ago.”

I am therefore so very happy, Mr. Speaker, to be able to stand before you and before the people of our country to let it be known that come January 10th of next year, and for every year thereafter in perpetuity, January 10th will be a public holiday in The Bahamas; a public holiday to recognize and reflect upon the greatest, most defining moment in all of Bahamian history: the attainment of Majority Rule on January 10th, 1967.

Secondly, the Governor-General will also bring into force on Friday The National Heroes Act 2007. Thus when we celebrate National Heroes Day, formerly known as Discovery Day, on Monday of next week, we will be doing so for the very first time under the legal umbrella of an Act that statutorily creates “National Heroes Day” and declares it to be a national holiday to be observed on the second Monday in the month of October of each year.

This Act also creates the formal machinery for the selection and recognition of our National Heroes.

This, of course, is the group of persons, be they living or dead, for whom the nation’s highest honours will be reserved.

By nature, this group, this “Order of National Heroes”, will be exceedingly small – the rarest of the rare, the greatest of the great. And it must remain so if the term “National Hero” is to retain its legitimacy.

This status is really only intended to be conferred on those citizens of The Bahamas who have fundamentally influenced the course of Bahamian history or who have given service to The Bahamas by outstanding leadership, extraordinary achievement or heroic sacrifice of a truly transformative kind.

An announcement will be made shortly as to the persons who will comprise the Advisory Committee under the Act. These are the persons who will be charged with the task of identifying and investigating citizens, be they living or dead, who should be recommended for conferment of the honour of “National Hero of The Bahamas”, a status that will carry with it the right to be known and addressed as “Right Excellent”.

The Advisory Committee will consist of Seven (7) persons, including 2 members of each House of Parliament. It would certainly be my wish, Mr. Speaker, that there be one nominee from the Government and one nominee from the Opposition in each of the House of Assembly and the Senate. This will ensure optimal balance and parity. We really do need to take partisanship and political prejudice out of the selection of our national heroes. To do otherwise would be to debase the whole process and to detract from the sense of national unity and patriotism that should always be exclusively in view when we approach a matter such as this.

Appointments to the Order of National Hero will be made by His Excellency the Governor-General , who will serve as Chancellor of the Order, acting on the advice of the Prime Minister after consultation with the Leader of the Opposition and after consideration of the report of the Advisory Committee.

Finally, Mr. Speaker, I expect to be in a position very shortly to speak more generally to the re-vamping of our system of national honours.

There are a great many persons in our society who may not be worthy of elevation to the highest rank of honour – the Order of National Hero – but who nonetheless are deserving of state recognition in one of the various classes or orders of state honours that will be the subject of special legislation for this purpose.

I expect that to become a legislative reality in short order as well. In the meantime, however, the focus should be properly placed on the two pieces of legislation that are the subject of this communication today.