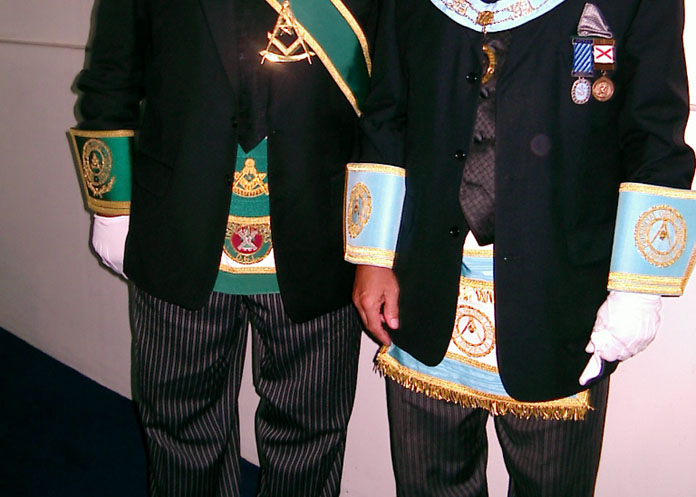 Nassau, Bahamas — Eugene “Geno” Nairn, the Prince Hall brother who was expelled by the no-nonsense former Grand Master, Carl Culmer won his case against the Prince Hall Grand Lodge in the highest court of the land.

Nairn was expelled because he decided to run (for the position of Grand Master) against the then Grand Master, Carl Culmer, who despises opposition of any sort from any one. Culmer ran the lodge into the ground expelling good brothers and creating discontent and uneasiness in the lodge. Situations arose where Culmer should have used full disciplinary measures – like when a sister and brother stole $20,000 from the lodge – but instead he turned a blind eye and sought to expel good brothers like Nairn and many others for foolish reasons that could not hold water.

The expelled Nairn took Prince Hall Grand Lodge to court and won his case. The court ruled that Nairn was free to return to lodge as a Mason and instead of welcoming Nairn back into the fold, Culmer sought to seek retaliation by appealing the case. We all know the results of that!!

As BP informs you of the court’s ruling, let it be said in the Commonwealth of The Bahamas for all to know that Eugene “Geno” Nairn now owns every asset and every dollar belonging to the Prince Hall Grand Lodge including the historic building on Baillou Hill Road known as Royal Eagle Lodge Temple.

Das what ya get fa messin’ round with the wrong good bruddah. What in da hell is dis!!?

Carl Culmer caused the lodge to be divided and dragged it down in the mire of Masonic sludge to satisfy his massive ego where he AHEM lacked in the lower region. So right now Prince Hall Lodge is caught in a tail spin of uncertainties as to the way forward.

The really sad part about this entire mess is that Culmer gets to walk off into the sunset of his miserable Masonic existence while the new Grand Master, Leslie Dean, who Culmer ostracized for years, has the up hill task of rebuilding the Order to what it was before the evil reign of Culmer.

Dean’s first delivery was reversing the expulsion of all the good brothers which was a crushing block to the Culmer era. They are all happily back into their respective lodges, however, we don’t know for how long because at any given time, “Landlord” Nairn can come a knocking for his “rent” or better yet serve an “eviction notice” and send the lodge brothers and sisters scampering.

Being the good man he is, Grand Master Dean held a meeting on Friday with the brothers of Prince Hall and informed them of the predicament they are now in; owing hundreds of thousands of dollars to Brother Nairn. The brothers were upset when they learned of their fate and are now sitting ducks anticipating the non-Masonic knock on the door when the tax man cometh to take away their Masonic home.

BP says HATS OFF to Nairn! Your time is now!

BP hopes that Grand Master Dean can make some sort of payment arrangement with Brother Nairn, save the name of the lodge and mend broken fences at the same time. Prince Hall might have a chance of recovery after all.