WE WANT JUSTICE! Bring the Criminals to JUSTICE not bail!!! 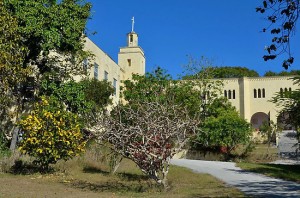 Bahamas Press investigative teams were in the autopsy room as the report was being written and confirmed that young ALTARNIKA YOUNG of MONASTERY HEIGHTS off BERNARD ROAD was indeed murdered by her attackers.

Our teams have confirmed she was strangled and sexually assaulted. Sources close to the investigation noted that she left a party in the community where she was last seen.

Sources close to Bahamas Press also tell us already police have  arrested three suspects in connection with this homicide.

BP sources also confirmed the ages of two males held are 18 and one 17 of Dorsett Street, Fox Hill. They are expected to be charged.

The young woman became the 71st murdered victims for the year.

We report yinner decide!Meanwhile, police are requesting the public’s help in locating two male suspects responsible for a burglary and armed robbery that occurred on Tuesday.

According to reports, an Eastern Road couple was at home around 4:30 a.m. when two masked men armed with a handgun force their way into their residence, held them at bay and demanded cash. The men robbed the couple of electronic items, jewelry, and an undetermined amount of cash and fled the scene.

A BREAKING BP COURT UPDATE >>> A 62-year-old man, Edward Butler, has been sentenced to 16-years after he was found guilty of sexually assaulting a young girl. This is not the first offense by Butler. He had served 8 years in prison for molesting another young girl some years back. His legal team has objected to his sentence….

A BAHAMAS PRESS BREAKING ALERT <<< SOMEONE NOW HAS THIS YOUNG WOMAN AND ACCORDING TO POLICE IS BEING HELD AGAINST HER WILL – Bahamas Press is reporting an ALERT has been issued for the whereabouts of Amber Charlot. She is 18 years-old of Sanford Drive. Brown Complexion, 5′.5″, Slim Built. Anyone seeing this young lady are asked to call 502-9991 or 502-9910. THEY GAT AMBER DIS TIME! WHAT IN THE HELL IS DIS!!!!