Poll numbers project a defeat for the PLP if elections were held today! 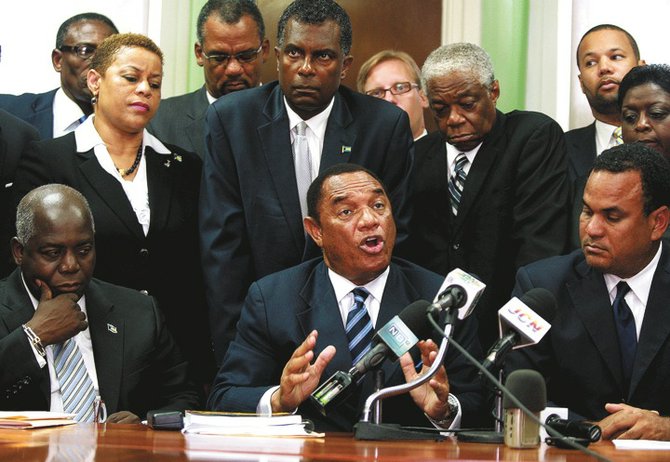 Prime Minister Christie set to make adjustments in his Cabinet.

Stronger Bahamas with a struggling PLP Government could spell disaster at the polls!

Nassau, Bahamas — We may have a Stronger Bahamas into the future thanks to the PLP, but if elections were held today in the Bahamas the Progressive Liberal Party would be thrown out of power and relegated to being the opposition. That is the latest numbers now being forecast by BBB Analytics as of June 1, 2015 and the numbers are worse than we had expected.

As we reported following polling in April of 2013, the Party’s New Generation Leaders have presided over the popular decline of the Gold Rush group. A polling sample was taken across the country by some 650 respondents from May 15 to  June 1st, 2015, just after the grand and overpriced Bahamas Junaknoo Carnival Celebrations.

When asked: How would you rate the job your government is doing? Do you approve or disapprove of the job they are doing? With a Margin of error ± 3.1, some 39% approved, 46% disapproved and 16% polled were unsure.

When asked: Do you feel that the Government is addressing your most present needs? With a Margin of error ± 3.1 some 40% approved, 50% disapproved and 11% polled were unsure.

The numbers are not good and, from what we see in additional data, they were so shocking that we refuse to report the findings of BBB Analytics.

The long and short of the polling confirms that, if an election were to be held today, the PLP’s would be polling numbers similar to those polled by the Ingraham Government during the 2012 General Elections.

Despite the efforts to deliver landmark reforms to the country through Immigration, National Security, and most importantly in the overall tax reforms to stabilize and return the Bahamas to projections of growth, most Bahamas aren’t feeling it and are already anxious to return to the ballot box!

Against the facts showing how the Christie Government has delivered increased tourism arrivals and reduced deficit spending, delivered reforms in Agriculture through BAMSI, the numbers prove that disaffection has set in and the recent Cabinet resignations and renegade political suicide missions by backbenchers within the ranks of the PLP are exactly the wrong prescription for a government seeking reelection.

If we at Bahamas Press have any influence on the leadership of the country, we would advise the Christie Government to quickly tear a page out of the book of Sir Clement T. Maynard, the former Deputy Prime Minister and Minister of Tourism in the Pindling government, and read its headline repeatedly: “PUT ON MORE SPEED”!