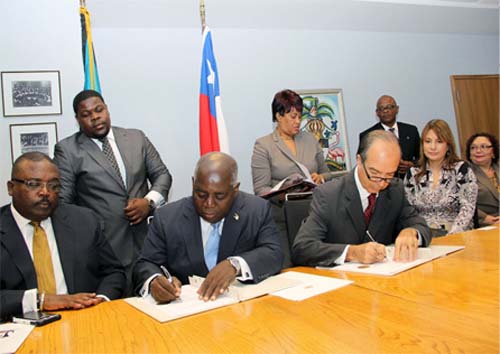 NASSAU, The Bahamas – A Signing of Visa Waiver Agreement for Official and Diplomatic Passports between the Governments of the Republic of Chile and The Commonwealth of The Bahamas took place on Monday, April 20, 2015 at the Ministry of Foreign Affairs and Immigration.

Signing on behalf of the Government of Chile was the Ambassador of Chile to The Bahamas His Excellency Eduardo Bonilla, seated third left.   (BIS Photos/Raymond A. Bethel, Sr.)