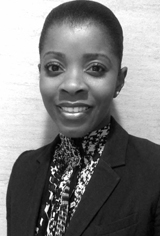 The issue surrounding Majority rule is for Bahamians the ‘elephant in the room’. It’s the issue that is ignored and goes unaddressed because it is both socially and politically incorrect to do so due to its close ties to the history of race and discrimination in our country.

It is unfortunate to see such a major achievement in our country won by men and women of that day who believed that successive generations of Bahamians deserved a better life than what they were experiencing. The issue has become so politicized that it appears supporters of the Free National Movement (FNM) have little emotion for the event and the supporters of the Progressive Liberal Party (PLP) have claimed the event as a personal victory. Politics has taken hold of our nation in such a divisive way that everything is politicised whether it relates to the attainment of a job in the civil service, appointments to government boards, and the bench.

This cancerous philosophy has affected us right down to the colour of the garment that we wear. It is an unwritten rule that supporters of the FNM should not wear yellow/gold outfits. The reverse is true if one supports the PLP, it is almost a taboo to wear red. More recently, an individual’s allegiance and loyalty to his party is now being questioned if he wears the colour green, the banner colour of the newly formed Democratic National Alliance.

Where did we lose our way and when did we seek to ignore matters of national importance and focus on such trivial things that add little value to our lives?

Majority Rule was a Bahamian victory. It tells the story of a group of people that fought in the Quiet Revolution to bring about social, economic and political change. It promised the Bahamian people gifts of hope and prosperity for all and not just a small few.

It is my view that God ordained it that its fruition would depend upon the cooperation of the former United Bahamian Party (UBP) member turned independent, Sir Alvin Braynen and the Labour Party leader, Sir Randol Fawkes. It was indicative of the fact that the Bahamas is for Bahamians of all backgrounds, black or white, rich or poor, liberal or conservative and those who believe in workers’ rights. It was the culmination of struggles that started with the abolition of slavery in our islands, and other events such as the Burma Road Riots, the General Strike, one man one vote, the Women’s and Universal suffrage movements and Black Tuesday. In those times there was no PLP or FNM, but a fight toward equality and opportunity for all and the chance for democracy to reign in our nation. It is worth noting that the founders and the supporters of the Free PLP, the dissident group that left the PLP in the early 70s were all present and participated in this common struggle. In the eyes of some, they were seen as traitors for later joining forces with the very group of people that oppressed the masses for so long. The merger of the Free PLP and the UBP would give birth to what is today the FNM. Nevertheless, it begs the question whether this merger has prohibited the recognition of Majority Rule by the FNM on a national level?

Further, to many Bahamians, Majority Rule has being touted as a sole PLP victory. While it is accepted that the PLP played a major role in bringing Majority Rule to fruition, the continuous annual private celebration of the event on PLP territory is frowned upon and will not accomplish much to bring a non-partisan national awareness of this historical achievement of our nation. Why can’t the leaders of the PLP, FNM and the Trade Unions join forces annually to mark this event? Such divisions and lack of unity have contributed to the inability of the full Bahamian history to be passed down to successive generations of Bahamians.

It is a grave error on the part of the leaders of today to fail to make a conscious effort to celebrate this achievement on a national level. Majority Rule holds a place in history similar to Emancipation Day, Labour Day and Independence – accomplishments that played major roles in the prosperity that we experience in The Bahamas today. More importantly, Majority Rule gave birth to the ‘Bahamian Dream’. It was a clear demonstration to Bahamians of all race, ethnicities and backgrounds that we possess the ability to govern ourselves and that we could be whatever we aspired to be. It was the stepping stone that brought about independence from British colonial rule a short six years later on the 10 th July, 1973. After delivering on the promise of political freedom, it paved the way for economic freedom. In this sense, faced with a largely illiterate population, the then PLP administration placed significant importance on educating the masses. They understood that education was the currency that would advance a people to a better way of life. Hence, education was very essential to the attainment of the Bahamian Dream. They embarked upon a task to expand the learning institutions that were available. They built more primary and secondary schools and built the College of The Bahamas as well as Technical and Vocational institutions of higher learning. They also made provisions for scholarships to be provided to attend local and international institutions of higher learning. It was clear to all and sundry that education would lead to higher paying jobs that would enable many to own a home, save for retirement and educate their own children.

Further, that administration instituted a safety net for Bahamians through the implementation of National Insurance, expanded health care services and commenced a low-cost housing program that afforded thousands of Bahamians access to home ownership, hence the creation and expansion of the middle class.

Today, 45 years later, it appears as though we are losing sight of the Bahamian Dream and regressing rather than progressing. We are witnessing in unprecedented numbers Bahamians losing their jobs, homes and properties while many cannot afford the basic necessities of life and access to higher education. We have yet to bring about advanced economic freedom to our people on a large scale. We are not in full control of our economic destinies with ownership within our main sectors of Tourism and Financial Services for the most part rest in the hands of foreigners. Although their presence have generated jobs for thousands of Bahamians and improved their standard of living (and for this we are grateful), jobs alone will not be sustainable for 21 st Century Bahamas, but the added ability of Bahamians to create jobs themselves. Bahamians do not want a hand-out but rather a hand-up and The Bahamas must not be allowed to evolve into a welfare state. The role of the government is to create an environment that is conducive for its people to prosper and in turn we must be committed to work toward the desired economic freedom.

Furthermore, we must place priority on educating our people once again; otherwise we will not be able to compete in our own country much less the world. We must transfer ownership to Bahamians and the environment must be created for small and medium sized businesses to prosper by way of appropriate fiscal and monetary policies, reduction in the cost of energy and improving access to capital for growth and expansion. We must expand our industries to provide job and entrepreneurial opportunities for Bahamians outside of Tourism and Financial Services which are heavily dependent upon the stability and prosperity of the U.S., E.U. and Canadian economies for the most part. A failure to do so could result in a brain drain and an exodus of some of our nation’s brightest minds.

We must make every effort to reduce the gap between the ‘haves’ and ‘have nots’ and a revised tax code to bring relief to the poor, working and middle class is imminent. We are witnessing a threat to our nation’s stability through the increased levels of crime that is spiraling out of control. Arguably, this has a direct correlation with the economic challenges that we face as a nation today. It is imperative to state that, we all have a role to play in building a better

Bahamas and increasing the possibility of laying hold of the Bahamian Dream. Parents must take their parenting and nurturing responsibilities more seriously and revert back to the values that our nation was built upon by distinguishing between right and wrong. Churches must be more aggressive in spreading the message of Christ above any other message and branch out into the communities where people that are in need of spiritual fulfillment reside. Likewise, teachers, civic leaders and their organisations must also continue to provide checks and balance to the work that the family, government and church are undertaking. The old African adage is true that “It takes a village to raise a child” and without all hands on deck, the Bahamian dream may be reduced to just a dream with no hope of becoming a reality for many.

Arinthia S. Komolafe is an Attorney-at-law. Comments can be directed at arinthia.komolafe@komolafelaw. com.