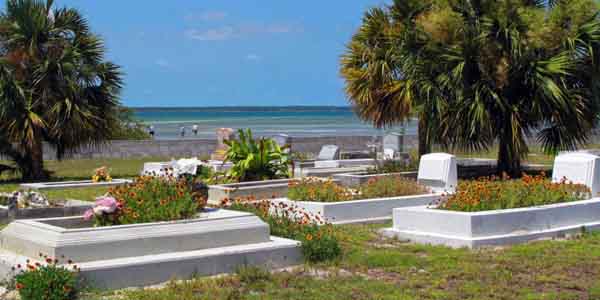 Prince Hall Bahamas now financially in the ground! WHERE THE MONEY????

Nassau, Bahamas — The spirit of Prince Hall, the freed slave and founder of the once prestigious lodge, must be raging in his eternal home in Boston, as he watches Prince Hall Lodge Bahamas fall a part into splinters.

BP can report that Prince Hall Lodge Bahamas is officially BROKE. The lodge, some time back, started up a credit union which has failed. Members started to pay and were interested BUT when the leaders of the lodge started expelling and suspending key members, the credit union went up in unholy smoke with the staff pointing fingers at each other. Members also found out that their money turned in to the credit union was being used to pay for legal fees for the Grand Lodge’s legal vendetta against Geno Nairn so they refused to pay any more.

There is another money trap that went belly up. This one is the Prince Hall burial fund. It is mandatory that all members pay this burial fee of $160 each year and upon their deaths, their families will be given thousands of dollars from the lodge to bury them. Well this has not been happening. When members of Prince Hall die, the lodge gives the families no money because there is none to give. Instead the lodge has ritualistic graveside ceremonies of pomp and pageantry and the families are so caught up in that they forget about the monies owed to them.

No one in Prince Hall Lodge has officially informed the members that there is no more burial fund but they keep receiving their monies and telling them its mandatory to pay. Well BP is informing yinna!! No more money in da till!! Stop paying and let da dead, bury da dead!!! What in da hell is dis!!???

Prince Hall Lodge is a burial society! How come no money in da till to pay out for burials? A member of the lodge suggested that a deal be cut with the three morticians of Prince Hall, but the morticians refused to comply with the deal as they say it was lopsided and would leave them open to being taken advantage of.

Something came to BP just now!! Money missing!! Where is Da Tief, Uriel “Rabbie” Johnson, in all of this??!! Are his hands clean!! Everything was good and all systems a go until he showed up as an authority in Prince Hall. He is no longer tiefing the money of Royal Eagle Lodge so BP is guessing he has moved on to higher heights.

BP has new reports on Royal Eagle Lodge!! It looks like some of the Masons in Royal Eagle Lodge are refusing to attend lodge meetings or pay dues to the lodge because they claim the White Witch of the South West, Alexandra Maillis, is once again butting in the runnings of the lodge, picking on the members and forcing the cabinet of that lodge to pay her absorbent fees to throw a pot between her legs and fry fish at the lodge’s events. Anyone with one iota of sense can see someone, and we might mean some people, getting a cut from those absorbent fees. Too much crookedness in da lodge!! Father in heaven how can dis be!!??

BP can already see that state has to be separated from church in that lodge because lines are being crossed. How in da hell can Masons be made so uncomfortable that they walk away from their lodge because a non-member and a WOMAN is delving in business of the lodge? Are the heads of Royal Eagle asleep at the wheel?? What in da hell kind of place dis is??

BP was at a lodge cook out on the last holiday. BP took the usual cold drink and walked from group to group listening to see what was going down. There seems to be a general state of discontent throughout the ranks. BP heard that elections for Grand Master and Grand Cabinet is coming up in July and so the usual kissing of rear ends and pimping off has started. From what BP heard, brothers are slashing the Masonic throats of brothers in a bid to get a title or position.

We know BP has filled you up with “The Knowledge” but that’s not even all of it. Two low level sisters of Prince Hall are pregnant for two MARRIED members of the GRAND LODGE and the two Grand Lodge members are toted to be the new Grand Master and second man in charge after the July elections. Where is the moral fibre of this fraternity? WHAT IN DA HELL IS DIS??!!

BP also learned at the same cook out that certain brothers of Royal Eagle Lodge had just returned from Slave Land in the South West where they had a secret meeting with the White Witch where she paid them money to keep their services coming. Seems like the White Witch is controlling certain members of that lodge with her money. BP did an expose of practices at Slave Land last year, but is unsure if the money given recently was for the same thing or other services. Whatever the services are, its clear as day that this lodge has been compromised.

By now you probably guessed what state BP was in when BP left that Masonic cook out. One cold drink turned into another and another while listening to all this information and BP was not walking straight when BP left the function. BP had to call for a driver to get back to the hide out. BP had to sit down for a few days to compute and log all that information.  WHAT IN DA HELL IS DIS??!!

The only advice BP can give the heads of Prince Hall Lodge is to implode and start over. This lodge is in a total state of demise, financially and morally. The members are suffering from low morale and fear. A woman from the outside is taking over the primary lodge. BP will go back to taking a close look at Prince Hall Lodge and file more reports.

Dis Lodge is finished! Cut the oven off! So Mote it Be!