Nassau, Bahamas – When Prime Minister the Rt. Hon. Perry Christie told the Bahamian people that he was gathering a new generation of leaders, the thought was truly sellable to the nation.

Christie in all his Christian Charity – we believe – said the right things and believed in the saying – but because of what is unfolding in the PLP of late, come 2017 we believe the Party will have to keep the old at heart and ditch the young.

Day after day the new generation crew is being a burden to the nation. They carry no spark, have no flame, they have lost their own fire and are drowning in their own failure as the days go by.

One year later and Minister of Youth, Sports and Culture, Danny Johnson is another one of those deadly disappointments saddled on the back of the PLP!

And we ga say it again: The PLP government must make SWIFT, IMMEDIATE and URGENT course corrections if it is to survive with its super thirty seat majority in the Parliament. And here’s what we mean.

We know of incidents where constituents in Carmichael are catching hell like Jerry Roker and cannot see the light of day from their MP, who, some say, has caught a contagious political disease from its former MP Desmond Bannister.

Some political doctors have described the sickness as “ABANDONITIS” – which when diagnosed is best presented as a patient being full of themselves, an egotist and crippled with the signs of one having a high tendency to avoid ordinary people.

Just after winning his seat in the Parliament on May 7th, the candidate with “Abandonitis” began showing early stages of this uncommon disease when he delivered a scathing message to his foot generals just following the general elections. Telling them: Go home and avoid his office.

Danny Johnson then took the same symptoms to his Ministry and from then one disaster after the next has been recorded.

Like his predecessors, where was the change in the Ministry of Youth Sports and Culture to make it a more transparent ministry for the people of the Bahamas – one year later.

Where is the focus on Youth? Is the Minister aware that one year later youth unemployment numbers are unchanged? The social decay in the youth department continues. NO PLAN, NO VISION, NO ACTION!

Where is the promised Sporting Facilities promised for the family islands? One year later and the Minister of Youth, Sports and Culture cannot point to one such facility or any initiative delivered by him – NOT ONE! – FAILURE!

Where is the National Training Programmes as espoused in the Plan? – There is none! One year later – FAILURE!

Where is the delivery to see that the Federations are funded? – Another LIE UNDELIVERED IDEA ONE YEAR LATER – FAILURE!

Oh, this a good one!  Can the Minister identify ONE PARK since coming to office that was promised in the Plan to become “Working Parks and Green Spaces” on the family island for youths. Name one that he has created or presented since coming to the department – Was that cancelled too? The young people on the islands are still running on the rocks – WHAT A FAILURE!

When will the Minister announce the promise to reintroduce the Bahamas Games? – Can’t happen! – FAILURE!

Where is the accountability promised for Junkanoo? Three months since the parades and neither the Bahamian people nor Parliamentarians can get an account as to what happened with the monies that were collected. How much was spent, where the money gone and or how much the thieves got away with last Junkanoo season? –FAILURE!

The Bahamian people voted for CHANGE! We wanted a government and a Minister of Youth, Sports and Culture that would account to the people and tell us – How much money was raised, collected, donated and spent at the recent CARIFTA GAMES!

We ga say it again – THE BAHAMIAN PEOPLE WANT CHANGE!

We can report all night and day on the record of this ONE-TERM MP for Carmichael! He is a FAILURE! And the man who runs the Cabinet of the Bahamas should take note that here again is another new generation misleader, whom the Bahamian people are screaming “FAILURE” at!

One year later and the residents of Carmichael are collecting their MP into the “FAILURE” box! Danny Johnson should do the honourble thing: pack his bags and tell Christie he has had enough as since May 7th. And for health reasons he suffers from “Abandonitis”! 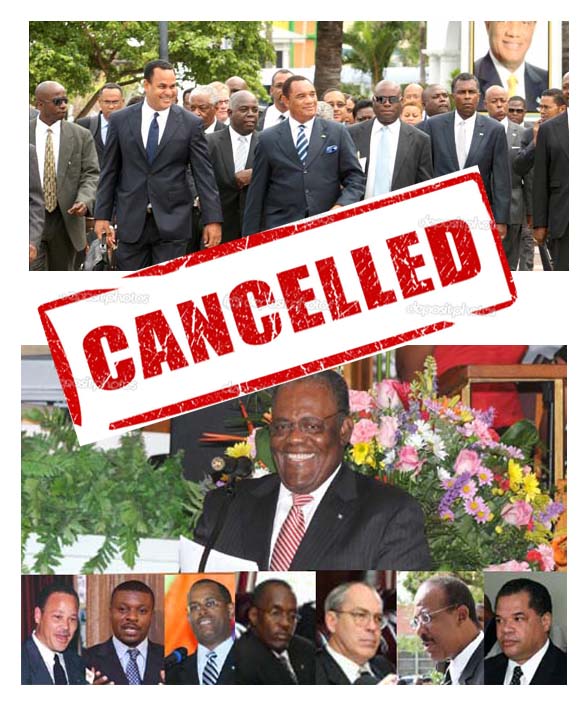