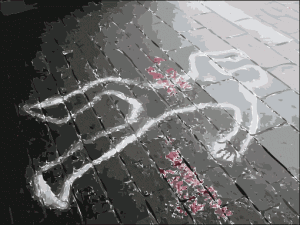 Breaking News coming out of Bimini 9AM<<< BP is reporting an American 16-year-old has committed suicide on the island. We can report the young man travelled to the island on holiday with his family from #2125 EDDINTON PLACE, ELDERADO CALifornia.

The family was staying at the Bimini Sands Hotel and Marina when the young teen went missing Saturday. However, sometime around 9:00am Sunday morning.

Police received a call from personnel at the hotel, who informed that the body of the missing male was found in a garden at the rear of the hotel with a green strap tied around the neck, hanging from a tree and noted that the young man appeared lifeless.

A team of officers visited scene, which was confirmed to be as reported. The island’s local doctor, Dr. Kapono, visited the scene, examined the deceased and officially pronounced him dead. The man pronounced dead is Logan Daniel Herr.

Freeport GB — Officers at the Central Detective in  Grand Bahama are leading the investigations into the death of a 33 year old male resident of Freeport this morning, Sunday 8th July, 2012.

It was 4:23pm on Saturday afternoon, [July 7th, 2012], when the police were notified and responded to the report of gunshots being heard in the Yeoman Wood area. Upon their arrival to East Indianman Road West near Spoonbill Loop, the body of a black male that was fully clothed was discovered lying on the northern side of the East Indianman Road with multiple gunshot wounds to the body. 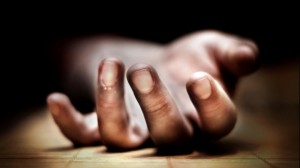 At this time, the motive or circumstances surrounding this latest homicide in Grand Bahama is not known, hence, the police are appealing to residents in the area or other persons who were in the area and noted anyone running away from the area or any vehicle being driven away from the scene at a high rate of speed, to call 3503107/9, 352-9774/5 or 911 with information that would assist the detectives in their investigations.

This latest incident follows another scene where a man was shot dead outside the Magic City Night Club in Cable Beach. During that incident two criminal gangs clashed once again in the club. The victim was fleeing the club when he was fatally shot in the upper body. This is the second murder at this same club in just over a year.

Just last month another blood gunfire outside a club at the foot of the Paradise Island Bridge left 8 wounded and 2 dead following a shootout at that location.

The around Saturday at 4:40 PM, Kirkland Lightbourne, was shot by an unknown man who fired 5 shots at the victim. The incident unfolded in the Yeoman Woods area. Lightboune was discovered by police lying in the street on the left side of East Indian Man Road. A police are also investigating this incident.

Police say loud music will not be tolerated in residential areas where many clubs operate, however just off East Street in the heart of the ghetto on both Gibbs corner and on the street opposite, clubs with loud music persists into the wee hours of the morning. Nothing is being done.