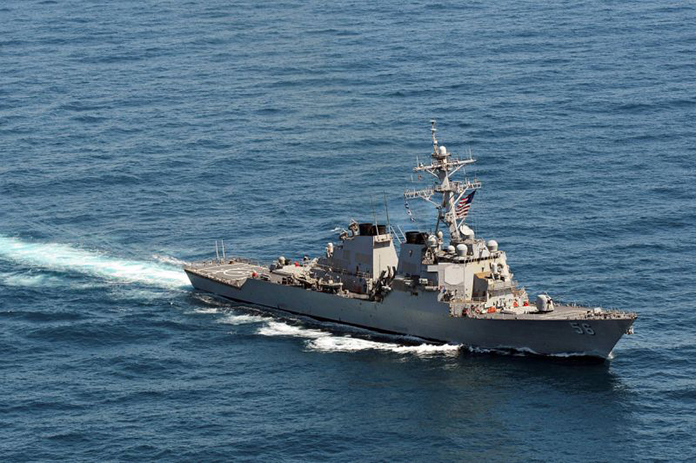 There were 10 sailors missing and five injured, the Navy said.

The collision with the merchant ship Alnic MC occurred east of the Straits of Malacca and Singapore at 6:24 a.m. Japan Standard Time, as the McCain was on its way for a routine port visit in Singapore, the Navy said.

“Initial reports indicate John S. McCain sustained damage to her port side aft,” the Navy said, adding that a search and rescue mission was already underway.

The ship is currently sailing under its own power and heading to port, according to a Navy statement.

The search and rescue effort was being aided by tug boats out of Singapore, as well as the Singapore Navy ship RSS Gallant, Singapore navy helicopters and a Police Coast Guard vessel.

MV-22 Ospreys and SH-60 Seahawks from the USS America are also responding, the Navy said.

Adm. John Richardson, the chief of naval operations, tweeted: “Our first priority is determining the safety of the ship and crew. As more information is learned, we will share it.”

The John S. McCain, which has a crew of 23 officers, 24 chief petty officers and 291 sailors, is based at the 7th Fleet’s homeport of Yokosuka, Japan, according the Navy’s website.

This latest incident comes just two months after the USS Fitzgerald’s collision with a Philippine-flagged container ship in the middle of the night off the coast of Japan. Seven U.S. sailors lost their lives in that incident and just last week the Navy relieved the USS Fitzgerald’s commanding officer, executive officer and senior enlisted sailor for mistakes that led to a deadly crash.

ABC News’ Dean Schabner and The Associated Press contributed to this report.