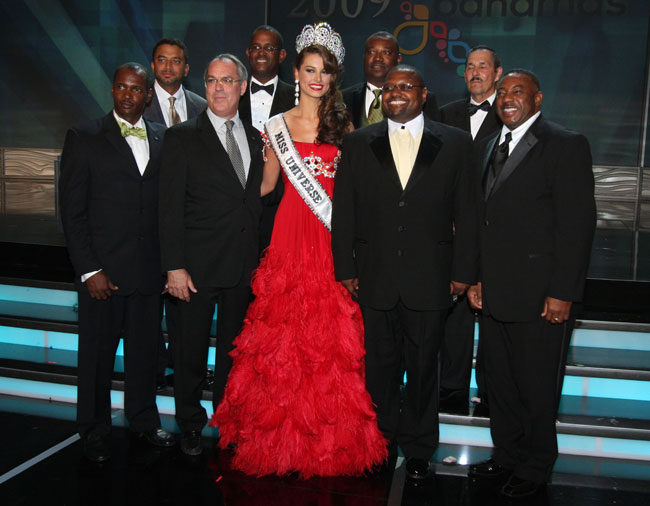 Nassau, Bahamas – History was made in The Bahamas on Sunday when a Miss Venezuela was crowned Miss Universe for the second consecutive year.

“I feel honoured to be representing my country in this way,” said nineteen-year old Stefanía Fernández, “It’s very exciting that we brought the crown home again to our country.”

The win marked the first time that an outgoing queen, in this case Dayana Mendoza. Fernández crowned her successor from the same country. It marked an exciting end to the 58th Miss Universe pageant held at the Atlantis, Paradise Island.

Venezuela won its sixth crown and now holds the second most titleholders, one les than th USA, in the Miss Universe. First runner up Dominican Republic had had its strongest finish since 2003, and second runner-up Kosovo debuted last year.

Executive Producer of Miss Universe, Donald Trump, said the event was a success.

“I’d like to thank Dayana (Mendoza) for the excellent work that she’s done during her reign,” said Trump.  “I’d like to congratulate the new queen and look forward to working with her.”

This marks the first time the Miss Universe preliminary competition was streamed online to a worldwide audience. The competition was broadcast live on NBC and Telemundo.