Nassau, Bahamas — Breaking news, indeed shocking news now coming into Bahamas Press from our resident legal correspondent confirmed there has been another great escape at the down town Central Police Station.

Our legal correspondent situated in the courts tell us, a man by the name of, Raymond Darling, was being held at Central on charges of allegedly having sexual intercourse with a young 13 year old, when he surprisingly slipped out of the care of two police guards and made good his getaway. The incident occurred on Thursday last week [June 30th].

Now this is not the first time persons under arrest at Central have ran away or mysteriously walked out of the precinct like Houdini. But from what we know, this is the latest since the BIG SHAKEUP and changes at the division following the escape of two prisoners back in June 2010.

Not one whisper of the escape has come from the police nor has a word of it has surfaced in the WUTLESS MEDIA! [But we expect that].

The great vanishing act of prisoners in the Bahamas these days reminds us of the DARK DAYS when Cubans walked out of ‘Fox Hell’ like ants and rodents on parade. Central Police Station was like the great theater of disappearances while Fox Hill produced and wrote sequel “THE GREAT ESCAPE”. In those days, prisoners walked out of the front doors of HR Majesty’s Prison Service never to return. During that period standing guard at the gates were; Superintendents, the high-level security officers, some prisoners, yet, not a damn soul saw anything. The Bahamas has returned to those DARK DAYS once again under Hubert Ingraham, Tommy Turnquest and the FNM!

Papa’s blatant failure to deliver real national security to the Bahamian people has branded his present government collectively as the Greatest National Security Threat to Mankind!

Under Ingraham’s most WUTLESS and ONLY Minister for National Security, Crime has skyrocketed pass the moon and into the Milky Way. The Bahamas has become a global model per ca pita with rapes, open broad light public executions, home invasions, vigilante killings, the gunning down of public officers and officials, the unconscionable robberies/murders against mothers nursing their babies all conclude, a rising tide of blood that has washed ashore across the country like a deadly Tsunami!

Yet in spite of all this, not a single action has come in four years by a paralyzed Prime Minister to removing the WUTLESS administrator for Crime; O. A. Tommy Turnquest. Despite the murders, violence, slaughter and mayhem committed against the innocent on a daily basis, nothing has or is being done to seek out a new Minister. NOTHING! THEY HAVE NO DAMN SHAME!

Under Tommy’s watch, there is a new and growing crime trend in the Bahamas; Kidnappings, a category that was only common in other parts of the Caribbean.

Just last week, two more young school girls were thrown into some vehicle, according to witnesses of these types of incidents, and disappeared into the unknown via these DARK,  BLACK impenetrable vehicles. Since last year, sources tell us more than 41 young schoolgirls have been victims of the same. Yet nothing is being done. NOT ONE WORD FROM THE CRISIS CENTRE!

Houston we have a DAMN PROBLEM!

In spite of all this mayhem and massacre, the courts cannot process the criminals fast enough and the police cannot hold the prisoners at Central Police? What kind of ole school disco music is this? COME ON MANNNN!!!!!

Raymond Darling we are told was later captured, and on Monday past was brought before magistrate on charges of escape and rape.

Central Police Station needs to be broken down and the damn keys thrown a way! 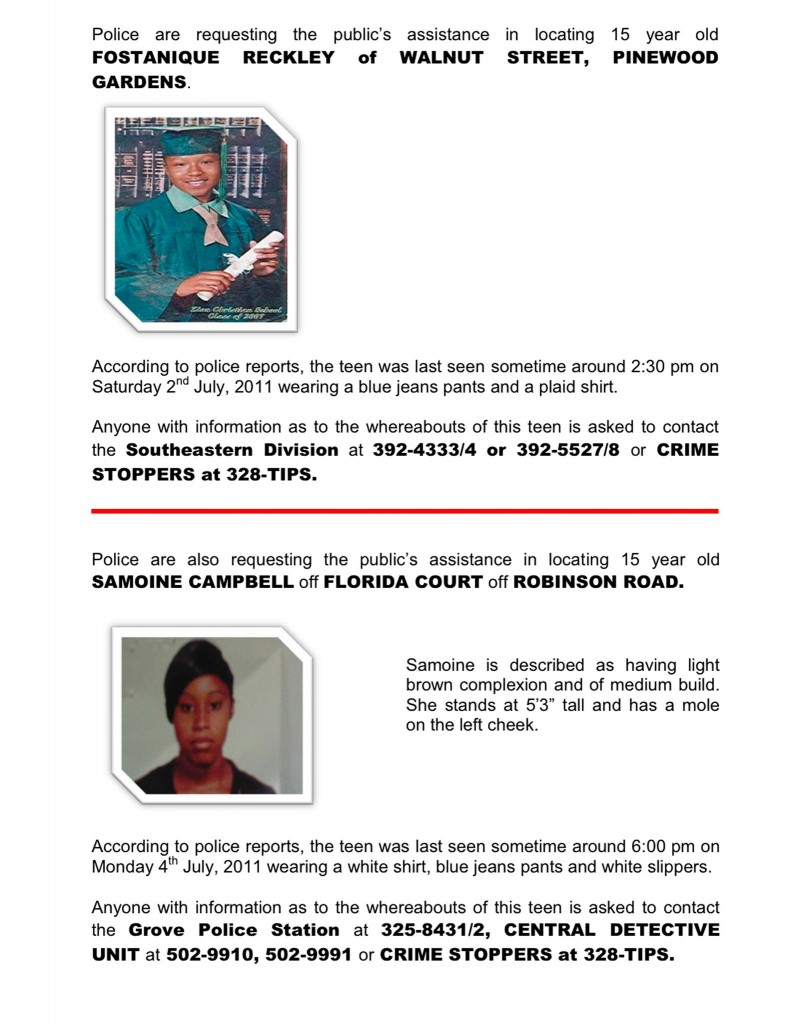