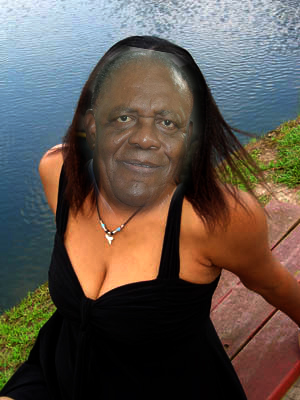 Nassau, Bahamas — Controversial writer and political commentator Gorman Bannister had much to say following the announcement of the arrest of PLP rally moderator Dwight Armbrister.

We understand Ambrister was being questioned for statements about Hubert Ingraham’s walkabout in Bains and Grants Town today.

We concluded after hearing the news that PAPA IS A DESPERATE MAN, WHO IS NOW ACTING LIKE A GESTAPO and cautioned thousands who follow our page to VOTE HIM AND HIS GOVERNMENT OUT!!!

However political writer and publisher of Black Belt took the news further.

Bannister had this to say:

These things happen in the heat of battle, especially election battles. Making no excuse for Armbrister – but we Bahamians are like that when we get in the heat — We’ll say and have said many a ‘dutty’ and dangerous things, even make up words, with no Webster or Oxford definition!

So yes the police did their job/or were told what to do. I nevertheless not only feel sorry for Armbrister, but I am also embarrassed and somewhat jealous of this event.

Why, you may wonder?

Because all he said was a truism that could be awaiting hubert not only in B&G Town – but even in his house! When any man pushes his significant other’s head in the toilet bowl in a fit of rage — worrying about B&G Town is a joke!

Anyway, I am also jealous about this drama because Armbrister got picked up for speaking a truism and Hubert been threatening to sue me and have me picked up for saying that he comitted treason and releasing to the public ‘some’ of the documents to back that s**t up to the fullest since 1997 — and I can’t even get a police person to stop me for a traffic infraction (so I cam show them all the documents)!

And that’s what I never liked about Hubert–he’ll go after a pilcher (so to speak) in Armbrister–but won’t dare go after the killer whale (so to speak again) in me. and he’s been that way since i’ve known him (from 1972).

Please forgive my epistle-but Hubert irks me when he acts like that–he needs to lift up his skirt and show us why he’s that way.we are still an understanding people when the truth is revealed! Now, does anyone in the telephone book, starting from a to z, have a problem with that?