Symonette – Who help the FNM DEFEAT – didn’t like PAPA’s DICTATORSHIP WAYS and now he wants to return seeing that the old wind is gone!

Statement By
Dr. Elliston Rahming
Ambassador/Permanent Representative to the Organization of American States

It has come to my attention that Mr. Brent Symonette made certain statements about me in Cable 12’s newscast of July 12, 2013, relative to my appointment as Ambassador to the United States. 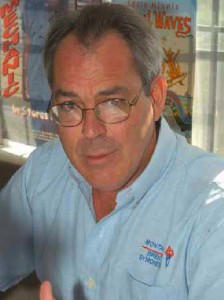 The man whose wealth grew by $60 million in just a few years was Chief COOKIE MONSTER ABLE ASSISTANT before he resigned to avoid an investigation.

We are grappling with weighty matters related to human rights, youth economic empowerment and development, peace and security, electoral reform, job creation, migration and poverty reduction throughout the hemisphere.

I am superbly qualified in every respect for the post I now hold and any other I may have the honour of assuming on behalf of the Bahamian people.