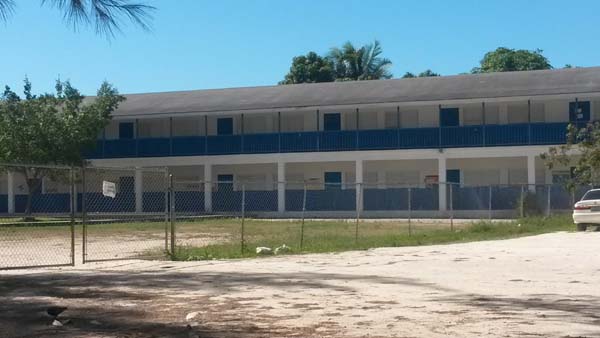 School opened investigation after parents stormed the campus, demanding the termination of faculty involved in the lewd acts!

Nassau, Bahamas — Serious, and we mean serious, allegations of lewd sexual activities among 10th graders have been confirmed to Bahamas Press by one parent who has expressed deep concerns following a field trip that went down off campus and in the back of the woods last week.

The camping trip, we understand, was part of an exercise conducted by leaders within the PE department with students participating.

Sources deep inside the school tell us that the trip was a part of a
GGYA event. However, during the event two members of the faculty got the some teens intoxicated which led to some naked pornographic scenes where teens started misbehaving.

The source further alleged how the teens were given hard liquor and inhibitors, which forced them to escalate quickly into a drunken stupor and perform lewd acts.

By Tuesday of last week, parents complained over the developments to the Administration, which forced the Principal to open an investigation. However, Bahamas Press understands the matter has yet to be turned over to the police or Ministry of Education officials whose task it is to avoid a repeat of what happened at the Eight Mile Rock High School with convicted child molester Andre Birbal.

Many of the parents warned the Administrators that they will take
their kids out of the school if those members of the faculty were not immediately removed.

We can also tell you that in that Tuesday meeting held last week with students, those involved were told to not speak about the issue to anyone and to remain silent on the matter. But one source who was on the GGYA trip told Bahamas Press how, “….they [faculty] were distributing alcohol beverages to students…and were hanging mostly with their teen girl friends, who they flirted with during the entire ordeal.”

That source is screaming that something must be done with the two faculty members who oversaw and participated in the rogue act against the innocence of children.

At least one senior member of the Administration has called for the matter to be turned over to the police and the educators removed from the school until a complete investigation is done.

Bahamas Press has visited the crime scene deep in the back of an undisclosed location and we have uncovered condom wrappers and what appears to be bottles of hard liquor. WHAT IN DA HELL IS DIS?