Nassau – Bahamas Press is now reporting another terrible accident on Prince Charles Drive, this time near the Supervalue Food Store.

We are learning that a White Ford f150 due to speed crashed into a silver Nissan driven by a pregnant female. She had to brake suddenly, which caused the Nissan vehicle to flip into the air before landing and crashing into a Poinciana tree.

The pregnant driver had to be taken to the hospital via private vehicle due to the late arrival of the ambulance.

Police are now on the scene investigating the incident.

Readers would note this is the second accident in a matter of days on the deadly Prince Charles drive eastern section.

Yinner would recall how early on Saturday morning a Haitian national lost control of his truck and crashed into the Poinciana trees just nearby. He died instantly! Speed is being reported as a major factor in that crash. 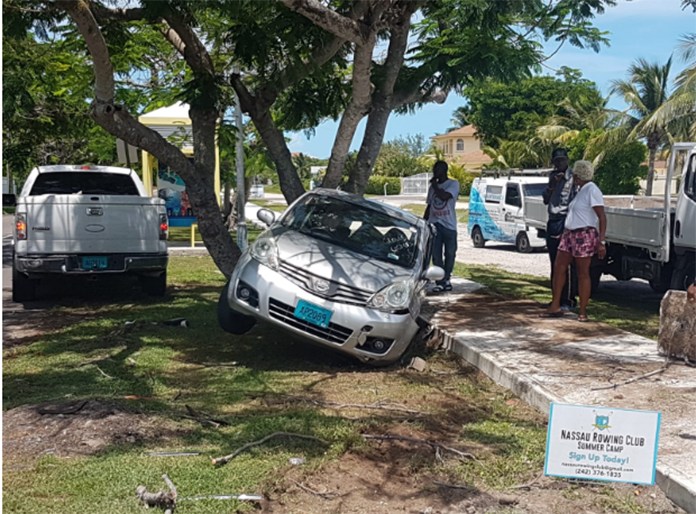