﻿Bahamians has had enough with criminal elements – ROBBER SHOT IN THE HEAD TONIGHT! 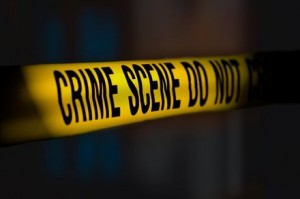 Nassau, Bahamas — Breaking News happening right now >>> BP is standing near the dead robber in the Grove! We can report  another robber is down dead in the street on 6th Street and Palm Tree Ave – near the Palm Tree Food store.

The good news happening now reports one robber was shot dead as he attempted to make his escape.

He was shot in the head! Two others got away. Bahamas Press congratulates the shooter for ridding the society of the villains in our midst.

Just last week another robber who attempted to rob John Chea #8 in the Carmichael Road area met death after his escape was foiled in that botched robbery.

Bahamas Press is warning parents to guard their rogue children carefully and caution them to STOP THIEFIN and terrorizing the society! Residents are fed up and are not going to court any more!

AIM FOR THE HEAD!!!! WE REPORT YINNER DECIDE!!!