Letter to the Editor: The Prime Minister love’s getting stung.

I have intentionally not written to you since last year’s general election because I wanted to give the new government time to settle in and I also wanted to see how Mr Christie would approach governing in his second attempt. So I would just like to mention a few things I have observed this last year.

When the PLP took office, the first few months was dominated by the talk of surprise at how poorly the FNM ran the country, especially its financial affairs and crime. The country was broke and the new government had to rethink some things.

I didn’t have a problem with this. We all knew that the recession combined with Hubert Ingraham’s illogical fiscal policies bleed this country dry, but I was surprised at the PLP’s surprise of the depth of Mr Ingraham’s poor management. Didn’t they experience something similar when they took office in 2002?

As I recall, immediately after the election of 2002, the new Christie government meet an overdraft of $16 million and one the first legislative acts of the new Christie government in 2002 was to borrow around $125 million to pay debts left by the out going government. So upon taking office last year and spending the first few months playing the “we didn’t know things was this bad” card, I was taken back by this attitude. From experience alone, they should have expected it.

Considering the the economic realities leading up to last year’s election, coming into office, the PLP should have hoped for bad fiscal news but prepared themselves for terrible fiscal news. Everybody knew the economic message the FNM was selling during the campaign season was a bunch of crap.

So if your going to bitch and moan about how poorly your predecessor left the kitchen, then do it the right way. Either have a national address and lay the cards out on the table for the country to see or shut up and go to work cleaning up the mess. But the months of constant dribble of PLP MP’s and cabinet Ministers repeating the same line of how bad the FNM left things was a bit irritating to me.

So we know the country is broke, now what? Oh that’s right, here comes a gambling referendum. I am still stumped by this. This entire saga was like watching a cat tangled in a ball of toilet tissue, struggling to get loose.  How is it that something that should have been so simple, had been allowed to take up all the oxygen in the room for the better part of six months?

That referendum saga was like repeatedly getting stung with ONE wasp…..FOR NINE MONTHS! Talk about bungled? First off, why did Mr Christie have some of his MP’s and cabinet ministers go on the record as being against it? I was shocked at how several MP’s made their personal feelings known. That should have never, never happened as it makes the government look like they are not unified on the issue and it gives an outsider the sense that either Mr Christie’s MP’s are bucking him or Mr Christie is so confident the referendum would be successful, he didn’t think the whip was necessary.

So Christie’s MP’s and cabinet are divided on the issue of gambling and he still brings it to the country for a vote? If your own house is divided, you either drop it or go all Hubert Ingraham on your MP’s, BTC style, and bring a bill to Parliament. But alas, not my Perry, he seems to enjoy the feel of Charmin extra soft tissue rubbing against his skin.

You can’t lead like you are afraid and the stench of fear was all over this. Nobody wanted to offend the church, lol. You are the leader Mr Christie. The people just gave you a mandate to lead as your convincing majority in the House of Assembly reflects. So why in the name of Uncle Ben’s, Mahatma Rice and Whitney Houston is the country headed to a referendum?

There is such a thing as being too cute…this was Perry Christie being too cute. To be able to put the blame on the Bahamian people as to whether there is gambling in the Bahamas is weak and not what I expect from a leader.

How can you tell me that Bahamians being prohibited from gambling is unconstitutional and discriminatory and then turn around and by referendum, ask the people permission to change it, lol? So why do they need you?

I would also love to know who was the dummy in the government who decided to draft a bill that seeks to give the foreign casino operators the same privileges Bahamians were denied? The wounds of the failed referendum are still tender. Tell me why is anything having to do with gambling still on you’ll minds? Talk about bad timing. My goodness man, yinna couldn’t hold off on that for another year?

I can’t leave the wife and then a few months later go by the house with another woman in my car. I’m asking for trouble. Why then is Mr Christie even giving the impression that he, so soon, is ready to give the foreigner what he is too scared to give to his own people? This is how you get a big rock in your car’s windshield.

How come Mr Christie couldn’t find the balls to bring a simple amendment to parliament that would have given Bahamians the right to gamble, but he can begin the process of bringing one to parliament for the foreigner? What the hell is this! Where is my rock?

What is so sad is that this entire gambling issue has been allowed to go on far to long. No Steve McKinney, this is not Christie’s Waterloo, but it does reveal that Mr Christie seems to be unable at this point, to put his foot down and say, “this is what we are going to do” and implement a coherent strategy to being it to pass.

In my opinion it’s not a make or break situation. Its just that closure is important in politics. You only have a certain amount of time to do certain things and if you don’t execute properly, you will end up wasting time and political capital replugging the same holes. So months after the referendum, the government is still replugging the gambling hole.

Then there is the NIB saga! Seems like its the thing now to expect that which ever party is in power, a MP is going to get fired. But I have to agree with Mr Christie on this. Mr Moss had to have been fired after he wrote that letter. Mr Christie had no choice.

Yes, with the NIB report now complete, it seems that Mr Moss is vindicated, but still, the lesson here is this,  the way you go about things is important. Mr Moss could have saved himself some sleepless nights and the experience of being fired if his approach was different.

Right now, I wouldn’t want to be Mr Cargill. Seems that he not only illegally lined his and his friends pockets with NIB money, but it looks like he may have lied on those affidavits. This is rank abuse of authority. He needs to go to go jail for what he did. But in the Bahamas only the poor goes to jail.

All in all, if you were to remove the gambling referendum out of the picture, the government has performed considerably well in my opinion. Some in roads is being made on the economy and at least the government is have some success, though small, fighting crime. But there still is a lot of work to be done.

The Opposition – Dr. Minnis must reach out to Branville before Christie snatches the prize for 2017

Dr Minnis started of slowly, but seems to have gotten his footing under him. I still don’t see him leading the FNM into the next general election, but some credit has to go to the man for keeping that sinking FNM ship afloat.

But if I can offer up some unsolicited advice to Dr Minnis, reach out to Branville. You need him as much as he needs you. A Minnis-McCartney team should be able to quell any attempts by Loretta as she is your only credible threat. I think Tommy is done with front line politics. Laing is a political leech, so, he will latch on to anyone who looks like they may win.

McCartney has lost some of his shine and has been humbled by the people. He wants a political second chance and I believe he sees the folly in starting his own party. That was a self inflected, ego driven move and he paid the price. So make that call Dr Minnis before Perry does. Bring McCartney into the fold now. The earlier the better.

If Perry could extend the olive branch to Bernard, you could do the same for Branville. 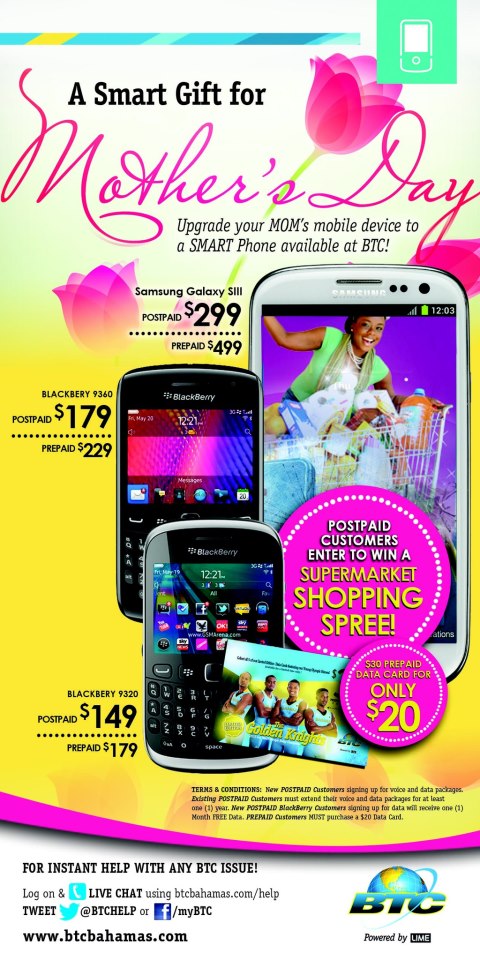 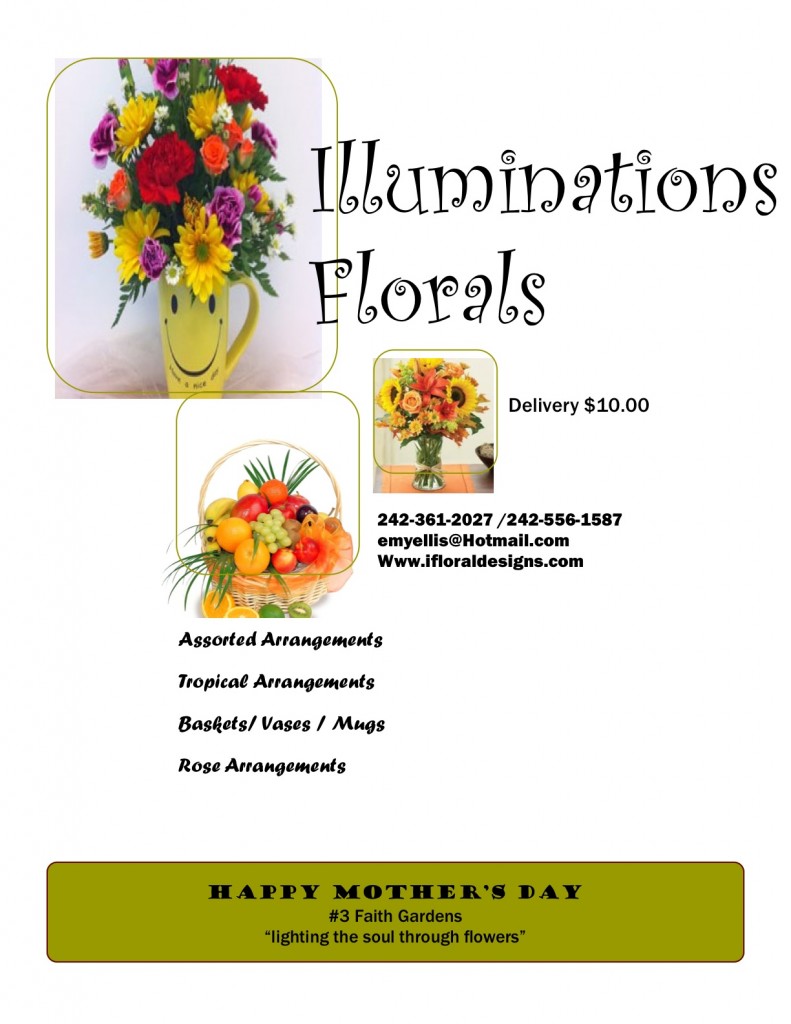