Another Bahamian Preston Russell 52, pleads guilty of human smuggling in US 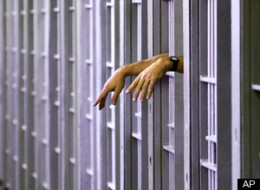 Sentencing is scheduled for May 7, 2013 before U.S. District Judge Jose Martinez in Fort Pierce, Florida.  At sentencing, Russell faces a minimum mandatory sentence of three years and possible maximum statutory sentence of up to 10 years in prison, on each of two counts to which he pled in the Indictment.

According to statements made in open court and documents filed in the case, on November 14, 2012, the U.S. Coast Guard intercepted a small boat cast adrift with engine trouble off the Florida coast.  On the boat were Russell and eight passengers, none of whom had authorization or visas to enter the United States.  The passengers told authorities how they had embarked from the Bahamas on November 13, 2012, under the direction of Russell, with the intent and expectation to illegally enter the United States near Jupiter, Florida.