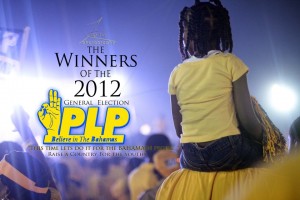 The Bahamas now has a new Government with a convincing win by former Prime Minister Perry Gladstone Christie and the Progressive Liberal Party (PLP). FNM government Prime Minister Ingraham conceded and announced that he will resign from active politics. The new DNA party received less than 10% of the vote in what will be perceived as a disappointing performance gaining less than half the vote they were predicted to poll. While they did affect the race in several constituencies their impact was not determinative overall. The electorate apparently responded to the poor economy, and decided that the change needed was to return the other major party, rather than rely on a new party that presented a promising generational shift.

Early reports give the PLP at least 25 or more of the 38 parliamentary seats for a resounding mandate for change. With the resignation of Prime Minister Ingraham the leadership of the FNM now seems a prime target for several new prospects, including the potential return of DNA leader Branville McCartney to a decimated FNM.

In a report published at www.ourbahamas.org by the Council For Concerned Bahamians Abroad (CBA) early in the Election season, the CBA questioned Prime Minister Ingraham’s decision to lead the FNM into what was obviously a risky election for him and his legacy. The CBA analysis suggested that the FNM had a much better chance of winning the Election with a new generational FNM leader. The CBA also questioned the FNM’s lack of promotion of any economic development plan directly designed to attract non-tourism exports, or other income into the Country. The lack of such a plan during its term in office or within its 2012 Manifesto was a glaring omission. Ultimately, the FNM administration’s inability to deliver the change the electorate required, either in new generational leadership, or in economic development, sank its ship.

The new governmental change introduces a wide array of opportunities for the much needed future development of the Bahamas. A revamped political system is also sorely needed. The road forward for the Country will be difficult and the fixes will by necessity be long term.

It appears that the failure to deliver change and the poor economy was too much to overcome for a government that did not take a chance to introduce any effective economic development plan to bring revenue and income into the Bahamas. The new government now faces major hurdles to deliver on its promises, and develop ways to fund them by bringing legitimate income into the Country.