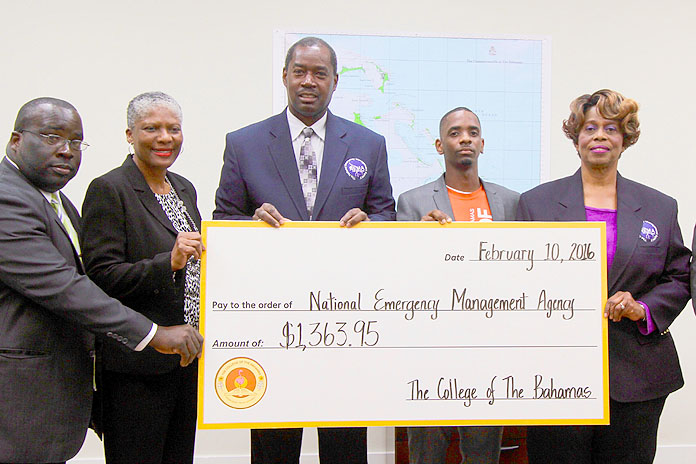 NASSAU, The Bahamas – Staff, faculty and members of the College of The Bahamas Union of Students (COBUS) teamed up to raise funds for those students who suffered during the passage of the Category 4 Hurricane Joaquin in the Central and Southeast Bahamas in October 2015.

About 149 COB students from Acklins, Crooked Island and Long Island were affected and several fund-raising events were held to assist them as they recovered from the devastation. A total of $1,363.95 was raised.