Wife was a teacher and husband worked at Container Port! 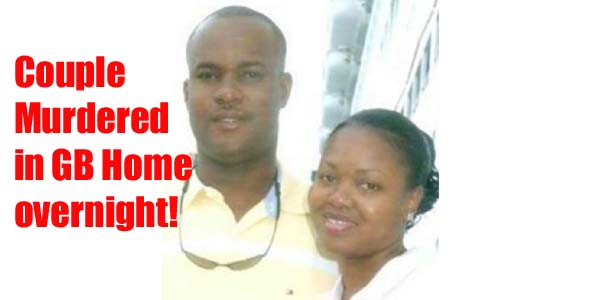 Holmes Rock, GB — The murder count has now climbed by four this weekend and this morning police on Grand Bahama Island have opened an investigating into a double homicide involving a husband and wife in the Holmes Rock community.

According to detectives the victims were both at home when a gunman invaded the front entrance firing shots. Investigators tell us the wife; a schoolteacher at the Eight Mile Road High School, is believed to have answered the door when a gunman stood outside and sprayed it hitting her multiple times about the body. She died instantly. Evidence also suggest the husband, who is employed by the Grand Bahama Container Port, engaged the gunman but was unsuccessful and was shot to the head.

It is alleged that the husband sometime back may have had a hit put out on him after some contraband went missing.

Question: Why are all these container port workers getting murdered on GB?

Police are asking the public that if they have any leads in this latest incident to please come forward and assist them in their investigations.

JOIN Bahamas Press WHAT’SAPP Breaking News LINE AT 433-2667 and get news reports as they happen….