NASSAU, The Bahamas — Deputy Prime Minister and Minister of Works and Urban Development, the Hon. Philip Davis and his delegation returned to The Bahamas “excited” about the conversations that took place as part of the Sixth International Infrastructure Investment and Construction Forum (IIICF) and the First China-CELAC Infrastructure Cooperation Forum held in Macao, China.

The meetings were held June 4-5 at the magnificent Venetian Macao Resort. A Special Administrative Region (SAR) of the People’s Republic of China, Macao is considered among the top five wealthiest destinations globally.

Mr. Davis said the dialogue with Chinese officials gave their Bahamian counterparts the opportunity to not only address areas such as loan financing for future projects, tourism issues, transportation, infrastructural development (such as the construction of roads, bridges, ports, docks), tourism, agriculture, education and energy, but also gave them an opportunity to discuss investment opportunities available in The Bahamas.

“It was an eye-opener for me and my delegation in respect to the elusive identification of capital for infrastructural development,” Mr. Davis said. “You know Small Island Developing States (SIDS) like The Bahamas all have the challenge of our debt burdens that hamper and in some cases cripple our way forward.

“There is no doubt that the growth of any country and its economy is heavily reliant on its infrastructural development and that requires capital. It also requires creative and innovative ways of raising capital to deliver the infrastructural needs of communities.”

“They were also able to highlight the successes they have had in achieving that goal and the continuing challenges they have in meeting their goals. With that sharing of ideas and experiences, we are now better able to sit down and craft our way forward to our infrastructural development,” Deputy Prime Minister Davis added.

Mr. Davis said the team will “get together” in short order and make recommendations to Prime Minister Christie and Cabinet as to the way forward based on the practical, relevant, creative and innovative information they would have gleaned from the meetings.

“A responsible government acts in the best interests of its people and in order to do that, you must have the kinds of discussions that took place in Macao,” Mr. Davis said.

“It was not coincidental that you had 1300 representatives from more than 50 countries from throughout Europe, Africa, Latin America, Asia and the Caribbean attending the meetings because they all have the same kind of mentality as to having open-minded discussions about the best ways forward.

“There is no doubt that there is an abundance of what is called idle capital in China,” Mr. Davis continued, “having idle capital is just as much of an elephant around a country’s neck as the lack of capital is for Small Island Developing States such as our CARICOM States.

“This dialogue, at this time, can only be considered a win-win situation – especially for the Small Island Developing States who lack the capital to build the infrastructural capabilities we need to compete in the global environment,” Mr. Davis added.

Deputy Prime Minister Davis, who was well-received by Senior Administrative Officials in Macao, said while he was appreciative of the reception he received from high-ranking State Officials, the reception must be attributed to the existing partnership of cooperation and mutual respect between the Governments of the People’s Republic of China and the Commonwealth of The Bahamas.

Mr. Davis also took the opportunity to hold dialogue on a number of other matters of pertinent interest to the country on behalf of Prime Minister Christie and the people of The Bahamas.

“I had occasions to speak about possible future investments into The Bahamas by other Chinese companies and a number of other matters, and I was able to meet with the China Harbour Engineering Company (CHEC) about the North Abaco project.

“For obvious reasons, I cannot comment at this time on those discussions until I have briefed the Rt. Hon. Prime Minister and the Cabinet of The Bahamas as to how those discussions went, other than to say they went very well.

“All in all it was a very, very, very successful trip,” Deputy Prime Minister Davis added.

Photos from the City of Macao. (BIS Photos/Patrick Hanna) 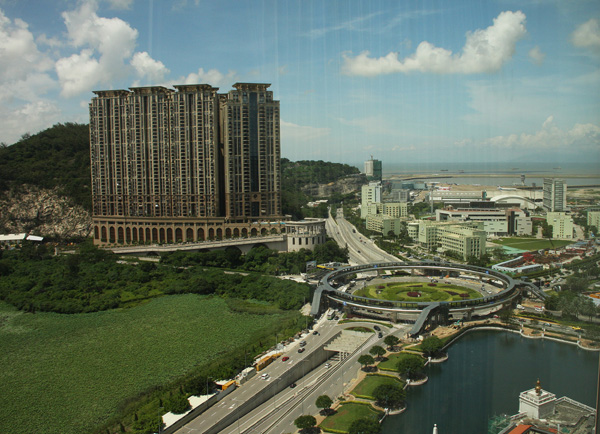 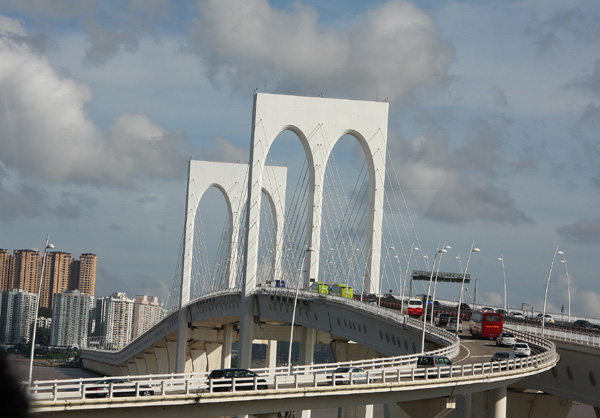 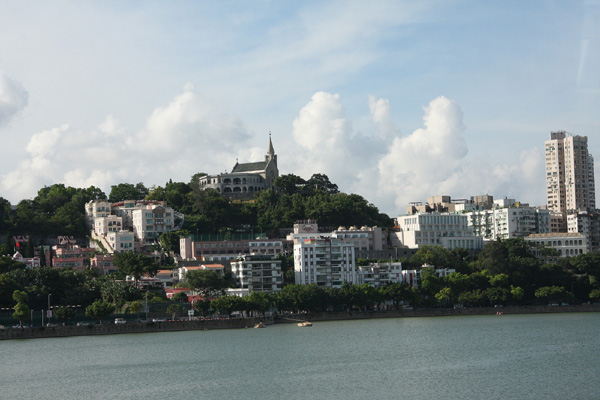