Nassau, Bahamas — Bahamas Press has more details to that shooting at LW Young School, which has left a security guard wounded.

That officer is now being looked after at the Princess Margaret Hospital. Sources tell us his injuries are serious but not life threatening. Sources have confirmed the victim is security officer Caleb Cooper.

We have also identified the shooter being a student from C I Gibson School. Police are on the hunt for him. 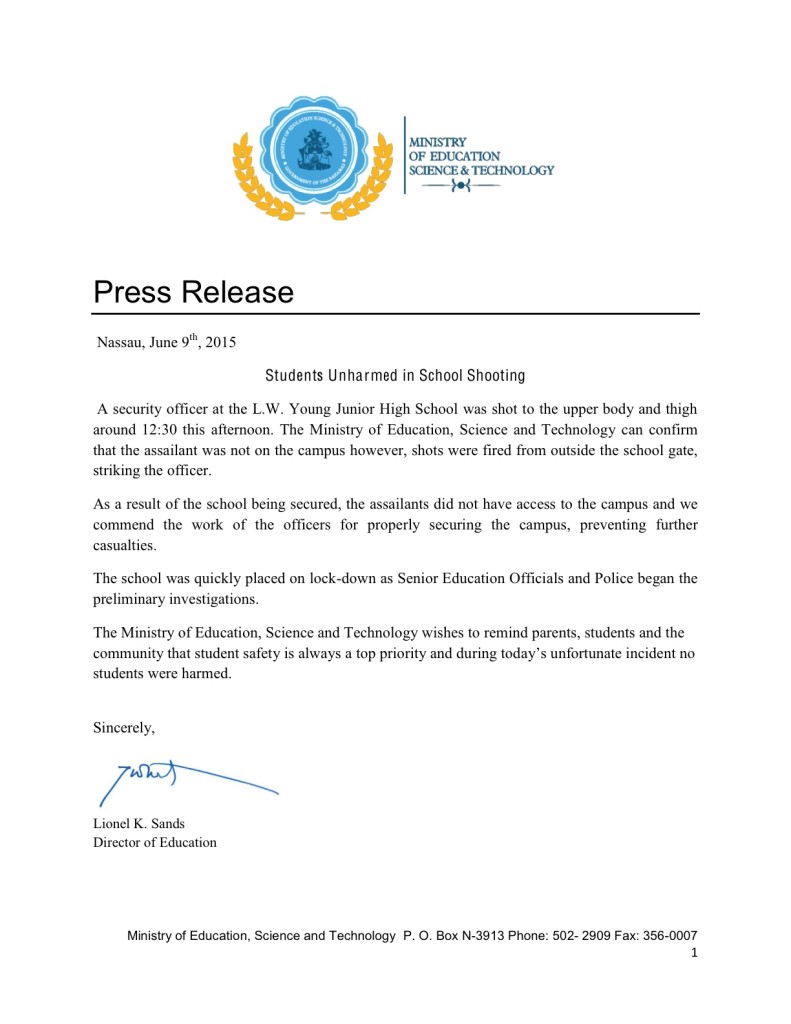