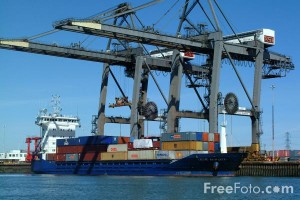 Freeport GB — Bahamas Press has learnt police have been denied access to the Grand Bahama Container Port following an emergency call into the facility.

We can report when police arrived to the container compound they were denied access to the scene of the incident. Bahamas Press can confirm Safety Controller, Iris Forbes, told police the incident at the facility was an industrial one and that the they were not allowed to enter the property.

A few minutes later sources in the Port tell us, a dead corpse was announced to be inside.

We can confirm dead was 35-year-old, Ali Isusim, of 22 Djohn Westward Drive Freeport GB. He is from Romania.

Sources tell us the expat worker died as a result of an electrical shock from a high-powered cable.

Police, we are told  were still out of the loop up to press time.

How could a man be found dead at the Container Port facility and the police denied access?

We report YINNER Decide and wait for the WUTLESS PRESS TO REPORT.