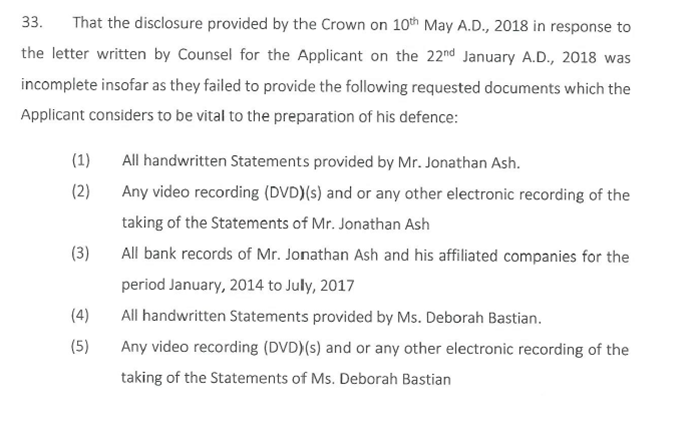 It contains evidence exposing how public officials manufactured and coached accusations against former Cabinet Minister D. Shane Gibson. The evidence is huge and we at Bahamas Press will not colour the languange from what it is. We want you to read and digest it for yourselves.

Lawyers representing the former Minister for Labour and National Insurance have filed a Motion of Notice to be heard on the 17th of September with damning evidence therein.

The motion lists that “…witness training and coaching has taken place in this case among and /or involving the Anti-Corruption and the Central Detective Unit of the Royal Bahamas Police Force, The Director of Public Prosecutions (Mr. Garvin Gaskins) and the Office of The Director of Public Prosecutions, Mrs. Alecia Bowe (Attorney for Mr. Johnathan Ash) D/ASP Ms Deborah Thompson et alia, which training and coaching constitutes a perversion of justice and an abuse of process.”

We now have copies of the filing and we want you to see how your Criminal Justice System works against innocent persons – all orchestrated by the political directorate.

As we say: WE REPORT AND YINNER DECIDE! ENJOY!