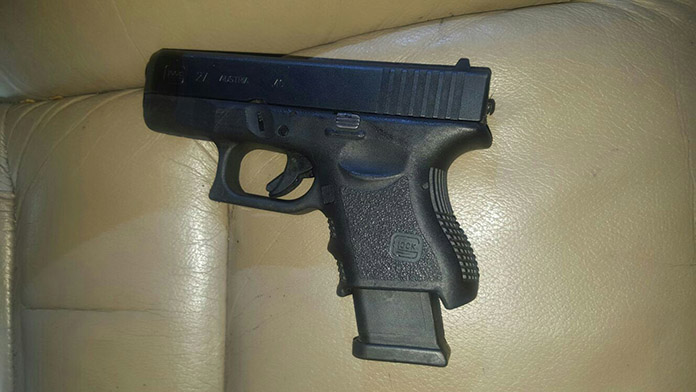 Nassau, Bahamas – Consistent with the Commissioner’s Policing Plan for 2017, Selective Enforcement Team officers seized a firearm and four rounds of ammunition on Friday 2nd June 2017, after two men in a vehicle was stopped and searched.

Reports are that around 3:00am, Selective Enforcement Team officers were on routine patrol on East Avenue off Fifth Terrace, when the two men in a Honda vehicle was signaled to stop. The vehicle was searched and the firearm, a Glock pistol with four rounds of ammunition found.

The two men were taken into custody in connection with the seizure.