Jayson Major was on bail for the attempted murder of his uncle who was just laid to rest a few weeks ago…. 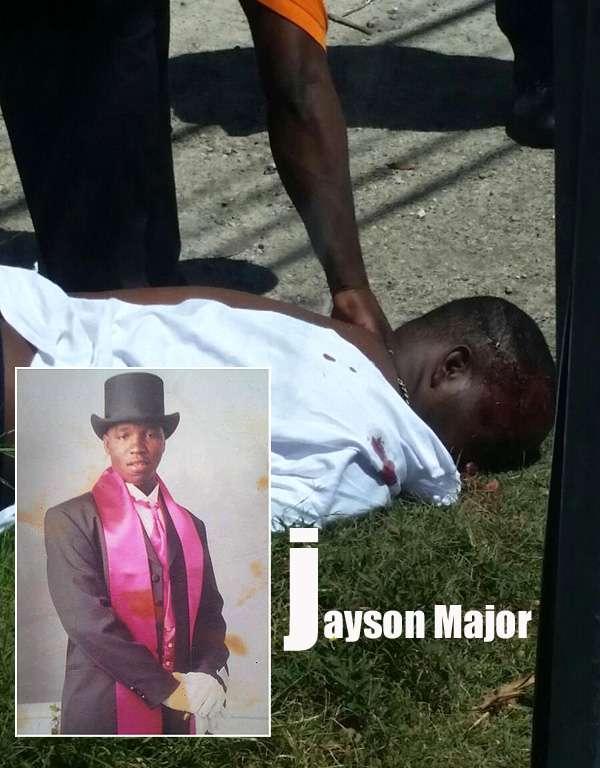 Nassau, Bahamas — Police now suspect that the murder of Jayson Major on East Street Sunday morning was a direct result of a retaliatory killing and are calling on family members and/or persons to account as to what happened.

BP reported that, just after 11:30 am Sunday morning, a male had exited his vehicle in front of a home located at East Street South – opposite Rolles Auto shop – when he was approached by a man in a blue Honda Civic car who shot him multiple times about the body before speeding off.

BP identified the victim minutes later to be Jayson Major. Get this: Major was on bail for the attempted murder of his uncle who had just passed away a few days ago following an incident between him and his nephew.

Sources on the ground tell us Jayson operated at a car wash spot on East Street, which was owned by his uncle. However, some months back, he and his uncle fell out and following that incident it is alleged that Jayson shot his uncle who was then laid up in hospital for months but finally succumbed to his injuries.

All this time Jayson was walking around on bail like a gunman on the loose in Dodge City.

Some sources tell us they believe the time was running out for the young nephew who seemed not to care about his actions and who felt empowered after his release.

All we at BP say is this – YES, THERE ARE TOO MUCH MURDERS – but when you read into the stories of each one you kinda understand why.

LEAVE PEOPLE ALONE! Kill or be killed is the way of the jungle.