Statement  of Dr. The Honourable Hubert A. Minnis, MP
The Leader of the Free National Movement
on
The Web-Shop Referendum or Opinion Poll

“The Bahamian people do not know the answers to the 17 specific questions that we have asked today…..Unless and until these questions are fully and completely answered promptly and in a forthright fashion, that is respectful of the Bahamian people, then the government runs the perilous risk of hearing the shout from every hillside and every valley, from every island and every cay, from every kitchen table and every roof top – “if you don’t know, vote no!”  Hon. Dr. Hubert A. Minnis

The Free National Movement has closely followed and carefully considered every pronouncement and statement by the Prime Minister and his government about the proposed referendum on the legalization of web shop operations in The Bahamas. We have consulted broadly with social organizations and activists and have reviewed official documentation showing how similar issues have been handled abroad by responsible governments. We have arrived at a point where there are very deep concerns as to the process used, the true intentions and the competence of the governing PLP’s handling of this matter of critical national, economic and social importance.

The issues of legalizing the numbers business, a national lottery or casino gambling generally are serious and weighty. While informal and illegal numbers houses have been an established, and even a tolerable facet of Bahamian society for many generations, the intrusion of new technologies and the internet have fundamentally changed the nature of these operations over the past decade.

Now, internet-based casino gambling, unregulated large money wire transfers between different locations on different islands, and even internationally, are possible in every web shop. Similarly the advent of the use of automated teller machinery (ATMs) to facilitate quasi-banking operations raise new and disturbing questions about money laundering and disposal mechanisms for the proceeds of crime, not merely the crimes being committed by web shop operators, but the possibility of abuse of their illicit technologies by other criminal elements to hide, access and to utilize the proceeds of their crimes. If mere criminals can use the unregulated ATMs of web shop owners, so too can terrorist elements.

It is, thus, astonishing to have observed the bungled unravelling of the government’s proclaimed initiative. The Prime Minister has, over the past several weeks, publicly lurched from pillar to post, from a much-heralded referendum to a possible opinion poll, based upon yet-to-be-received legal advice: legal advice that the government ought to have solicited and received well in advance of publicly announcing and setting the date for the holding of a referendum that it has no legal authority to hold.

The Prime Minister initially spoke of a national lottery, then changed his initiative to limit his proposal to web shops. He announced in Parliament that he had done so based upon the recommendations of paid consultants made in a “report”, then announced, when asked to produce the “report” that, in fact, there was no report, but merely “a few pages” that he promised to make available, but has not yet done so. Did the Prime Minister’s earlier communication that he had received “a report” mislead Parliament, and the Bahamian people? Is there some kind of credibility gap affecting the Prime Minister about which we should be concerned?

The Prime Minister then announced that not all operators would be licensed but only a few who were deemed to be “experienced” and persons of “integrity”. How this will be decided Bahamians do not know!

There has been no analysis whatsoever by the government of the nature, practices, social or economic impact of web shops in The Bahamas. No analysis of international law regarding internet-based casino gambling operations. No reference to due diligence, know your customer or money laundering concerns. Bahamians do not know!

The government has failed to publish any proposed regulations showing the Bahamian people what the transparent considerations would be to govern the licencing of web shop, and the determination of very serious questions, such as the number of web shops which will be permitted in a legalized environment and their proposed locations, whether next door to schools or churches. Bahamians do not know!

The government promised to formulate and to publish the question they would ask the Bahamian people “well in advance” of the proposed referendum. As of today’s date, a few short weeks before the voting day, Bahamians still have absolutely no idea of what precisely they will be asked to approve: just local numbers? Betting in The Bahamas on the Florida or Chicago lotteries? Internet based casino gambling? Are Bahamians being asked to vote for a free-for-all, or all-for-the-few? Bahamians do not know!

The government has entirely failed to conduct any kind of public consultation exercise to solicit, obtain and fairly consider the views of the general public and civil society, and has woefully failed to provide any information to assist voters in making any kind of informed assessment of their proposals. Bahamians do not know!

Today there is national confusion as Bahamians are being asked by their government to just “roll the dice in ignorance” on such a divisive, weighty and important issue. Bahamians do not know!

In this confused and troubling state of affairs the free national movement is compelled to publicly address the following extremely important questions directly to the government and to demand answers from the Prime Minister. These are answers that Bahamian people must know, namely:

1.      Does the Prime Minister acknowledge that he, perhaps inadvertently, misled Parliament and the Bahamian people when he claimed to have received “a report” on a national lottery from consultants (which is now just “a few pages”)?

2.     How can someone who is an “experienced” owner of a criminal enterprise ever have the “integrity” to run legalized web shop gambling operations?

3.     How can a person who is “experienced” in the running of a criminal operation ever be a “fit and proper” person for the purpose of obtaining a gaming licence under the lotteries and gaming act, and as required by Bahamian law?

4.     What steps or regulations will be put in place to ensure that our anti-money laundering laws and counter-terrorism initiatives are obeyed by web shops in their quasi banking operations and money transfers?

5.     How can a mere “opinion poll” or even a non-constitutional referendum change the existing provisions of Bahamian law that any licencee must be “fit and proper” to receive a gambling licence?

6.     Why has the government removed the possibility of government ownership and direct responsibility for lotteries and gaming from consideration?

7.     As a former Minister responsible for the Gaming Board, the Prime Minister is perfectly well aware of the legal public policy set since 1974 that The Bahamas government, through The Bahamas hotel corporation, would own, and did take full legal ownership of every casino in The Bahamas. Why and when did the government make such a fundamental and radical change in the policy governing the ownership of legal gambling operations in The Bahamas to allow the casino gambling in web shops to be owned by the private sector?

8.     What will be the transparent, fair and objective standards used to determine which web shops will be permitted to remain in business, if any?

9.     Where are the draft regulations to be issued under the lotteries and gaming act which will set those fair and objective standards?

10.            Can the Prime Minister give an unequivocal assurance to the Bahamian people that this initiative is not largely driven by the self-interests of major donors of money to his party in the last general and by-election?

11.            Can the Prime Minister unequivocally assure the Bahamian people that campaign donors to the PLP will not receive special consideration should they apply for a web shop gambling licence?

12.            Does the Prime Minister agree that any political parties which accepted monetary political donations from web shop owners, who are presently not licenced to conduct [illegal] gambling, have potentially violated Bahamian law, namely the proceeds of crime act?

14.            Where did the Prime Minister obtain his projected figure of $20 million in tax revenue per annum? Kindly provide a copy of any actuarial or professional report which justifies such a prediction.

15.            Would the Prime Minister kindly provide a copy of any such report which predicts $20 million in annual tax revenue to the Bahamian people?

16.            Can the Prime Minister explain precisely how this tax revenue will be raised? Is it a casino tax, or merely licence fees? What is the anticipated annual profit for private owners from legalized gambling? Is there any proposed tax on those profits over and above licensing fees? If so, at what rate or percentage will such profits be taxed?

17.            What exactly does the government plan to spend any increased tax revenue on? Education, sports, culture, or what?

I have attached to this communication a copy of an Australian report into their gaming industry which provides a clear example of how any initiative such as the proposed web shop referendum ought properly to be conducted by a responsible government which seeks to obtain the informed views of a population whose opinions have been shaped by facts which are impartially and professionally produced to inform and to assist them.

Bahamians do not know. Bahamians are in the dark. Bahamians are apparently being taken on a dangerous roller-coaster ride by an incompetent government whose inept proposal has been so badly mis-handled.

Let me be very clear as to the FNM’s position on this issue: the decision of whether to vote ‘yes’ or ‘no’ is a matter of conscience for every individual. It is, however, the duty of the FNM to ensure that the law of The Bahamas is strictly followed and that people are properly equipped with all relevant information necessary for them to make an informed decision, based upon factual information, so that they can best decide what is in the national interest, not merely what they may like to do, occasionally, in their spare time.

The only appropriate way to hold a constitutional referendum on gambling is for the government to pass a bill in Parliament which amends the constitutional enshrinement of laws which permit Bahamians to be discriminated against by their own government (which owns every casino in The Bahamas) in their own country. The FNM would be prepared to support the holding of a constitutional referendum on the removal of such a paragraph in our constitution, which allows the government to discriminate against Bahamians in matters to do with gambling. It would then be for the Bahamian people to decide whether as a matter of conscience they would support such a change in the law.

Unfortunately the present state of affairs has no such clarity of purpose. There is too much uncertainty, half-steps, back-tracks, shuffling and dancing around the topic, coming from the Prime Minister. No relevant information has been shared with the people. 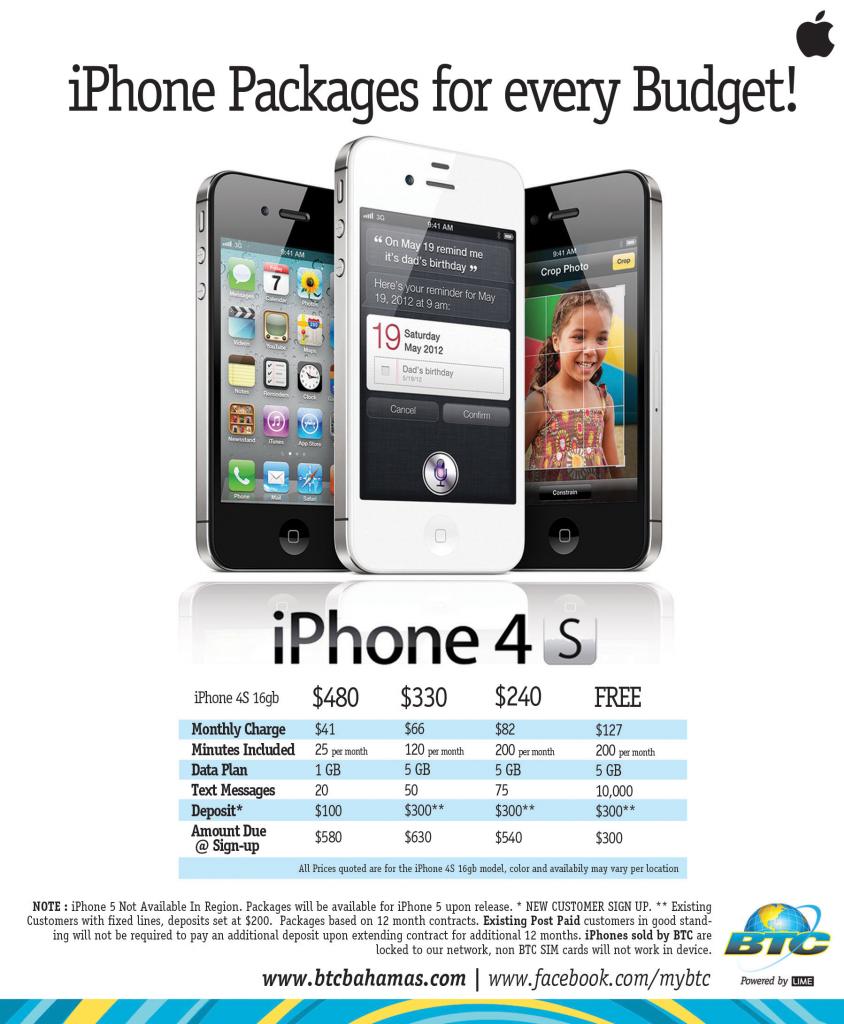