Swift action by police have tracked down the car-jackers… 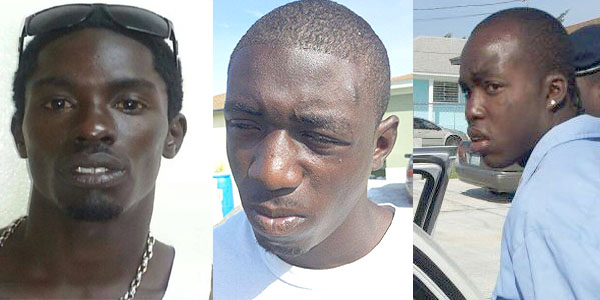 Honda Thieves Caught in the ACT!

Nassau, Bahamas — Bahamas Press is reporting four men are now in police custody at CDU for a string of car thefts by way of armed robberies.

We can tell you all four men have been targeting Honda vehicles. They were all caught just after the act of stealing a woman’s vehicle yesterday in Eastern New Providence.

Their latest victim, an elderly lady, who drove a late model Honda, was held up at gunpoint and carjacked in a driveway of a friend’s house. The woman had just completed her morning exercises. The incident was in broad daylight.

But thank God for the hardworking men and women of the Royal Bahamas Police Force; the crooks didn’t get too far. We can tell you cameras in the area were rolling, and those cameras were not in their favor. The vehicle was found and recovered by the fine officers of the RBPF an hour later off St. Vincent Rd behind an unfinished building.

You can expect these bandits to be arraigned today or tomorrow on multiple charges. Sources tell us this could be a part of an extended car thief racket, which could lead police to a remote family island.

Bahamas Press warns the female public about these monsters, as their population appears to be growing rapidly.