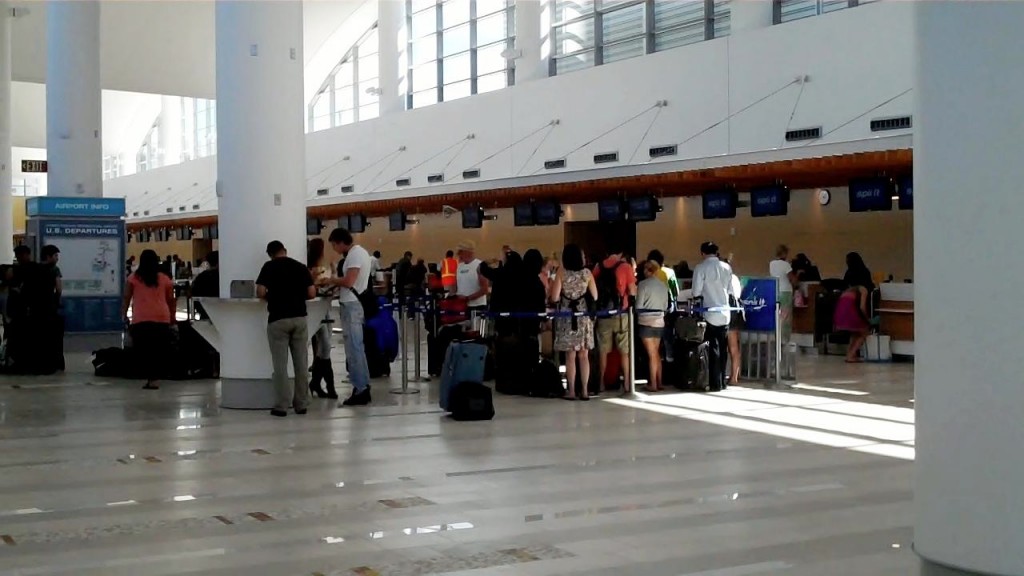 Nassau, Bahamas — When there is no Law and Order in a nation, even a fool knows they can go beyond the unthinkable.

Visitors and residents alike stood SHOCKED as a young “Jungal-ass” with a Jamaican accent boisterously approach a young man at the AA ticket counter early Saturday morning. The young man was carrying a black back pack with the “Death Squad” symbol (Skeleton head) on it, he seemed to be in total shock.

The WACKY woman, ordered the man outside of the LPIA facility. As her body gyrated like a lead off the shoulder Indian dancer in Rawson Square on Boxing Day. Profanity spew out of her mouth like the powerful Hurricane Irene’s with winds battering Cat Island.

What was shocking to us at BP was the fact that it was just 6:30am, and no security or Police officers were in sight! (They showed up 15 minutes later). ONLY IN THE BAHAMAS!

The load noise went on for about four minutes as hundreds of visitors departing the country looked on in amazement.

The attacker herself appeared to be in shock also to know how officers were not present, and NO body had the nerve to stop her. She was in control, so she decide to rain blows on her apparent acquaintance. We marked this event as an ATTACK on National Security at LPIA “10/11”.

Thanks to a Bahamian man that was checking in at Jet Blue, who found the nerve to walk over, and grab the woman by the arm leading her out the airport terminal doors. But the “Jungal-ass” continued to raise hell as visitors entered the airport.

What we could not fathom was the fact that when a Big Tall Reserve Police Officer did show up with a police car, he was nonchalant in his actions, and seems to have just woke up looking for a .99 cents breakfast.

He left the woman outside making noise.

We said, “ONLY IN THE BAHAMAS”….it is BETTER for all.

Can you imagine building a Bank without a SAFE?

Bahamas, WE CAN DO BETTER!