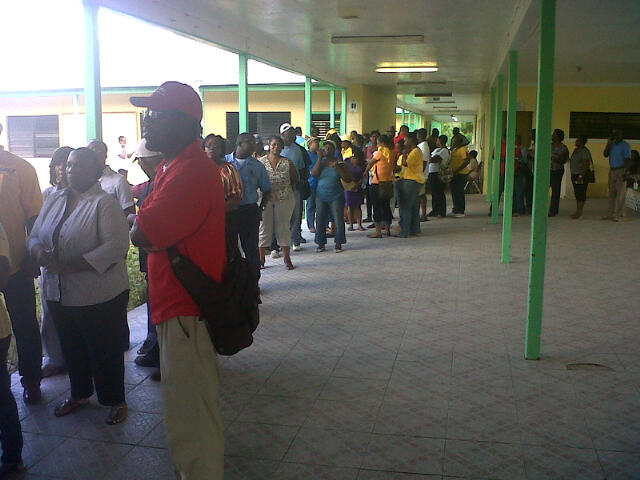 Bahamas Press is now reporting extremely long long lines in Polling Division 9 of the Murphy Town. More than 4,500 voters in the North Abaco bye-election are expected to cast ballots today in the run-off.