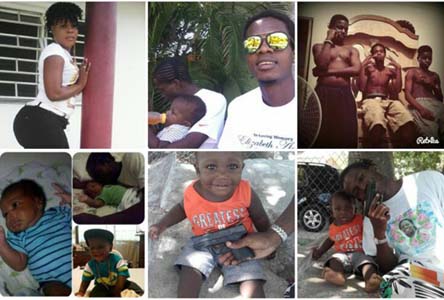 Nassau, Bahamas – In response to a recent social media posting of a man with an infant child posing with illegal firearms and drugs, police have arrested a 26 – year old man for questioning reference to firearm possession and dangerous drugs.

Police initiated an investigation after several photos of a man with an infant child posing with handguns and a quantity of suspected marijuana, were publicly posted on various social media sites. The investigation led to the arrest of the suspect shortly after 11:00pm on Tuesday 11th August 2015.

Police are issuing a stern warning to social media users who break the law that they will be tracked down and be dealt with robustly according to the law.

Police wish to reassure members of the public, that they are utilizing all resources to ensure that these brazen and heartless criminals who continue to be engaged in criminal activities are arrested and brought to justice.