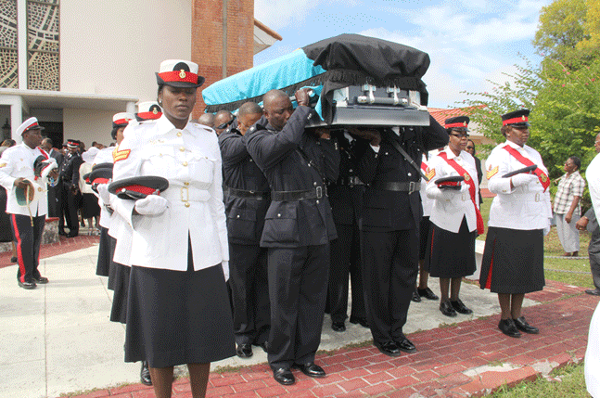 The motorcade, on leaving the First Baptist Church, travelled through the streets of Freeport to the grave site at the Grand Bahama Memorial Park, where the body was interred. 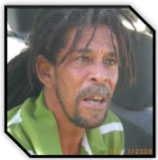 The Minister for Grand Bahama Michael Darville spoke on behalf of Minister for National Security Bernard J. Nottage. In attendance was  the Executive Management Team and officers of the Royal Bahamas Police Force. – BIS Photos/Vandyke Hepburn.

Nassau, Bahamas – Police are requesting the public’s assistance in locating three (3) men wanted for questioning reference to dangerous drugs by officers from the Drug Enforcement Unit. 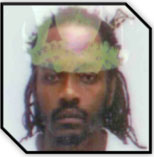 Adderley is described as being of a light brown complexion, average built and 6’ 4” in height.

The second suspect is 40 – year old Reginald Robert Hulbert of Gregory Town, Eleuthera. Hulbert is described as being of a light brown complexion, medium built and 5’ 7” in height. 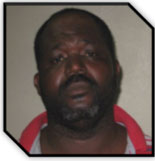 Johnson is described as being of a light brown complexion and heavy built.
Police are appealing to anyone with information regarding the whereabouts of Andrew Augustine Adderley, aka “Bozo”, Reginald Robert Hulbert and Mark Anthony Johnson to c all Police at 919 or CRIME STOPPERS at 328- TIPS (8477) (New Providence) or 1-242-300-8476 (Family Islands).

The Royal Bahamas Police Force takes the opportunity to thank the members of the general public for their continued cooperation and support.