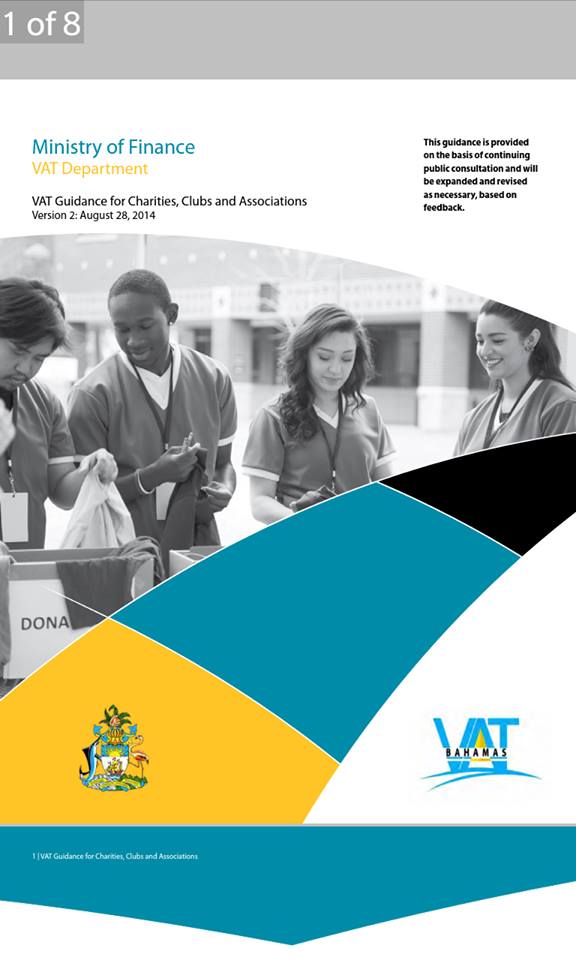 The Guidance Note on Transitional Arrangements that was issued on September 6, 2014 provides a summary review of a number of transitional provisions that are contained in the VAT legislation. One of these relates to the VAT treatment of contracts that are concluded prior to the entry into force of the VAT Act which include the provision of taxable supplies to be made after the entry into force of the Act and which do not provide for the imposition of VAT.

For the sake of greater clarity in respect of this matter, the Ministry of Finance wishes to reiterate that such issues are subject to the legal provisions contained in the VAT Act itself.  As is made clear in each of the Guidance Notes, these are provided to the public as general overviews on specific areas of the legislation; as such, they have no legal bearing and interested parties are referred to the VAT law for definitive legal interpretations.

The transitional provisions of the VAT Act are covered in section 98 of the Act. The issue of pre-existing contracts is covered specifically in sub-section 98.(1) as follows:

(a)        where a contract was concluded before the entry into force of this Act and no provision relating to tax was made in such contract; and

(b)        where the supplier after the entry into force of this Act becomes a registrant and makes taxable supplies under the contract, recover from the recipient of a taxable supply made after the entry into force of this Act the tax due on the supply.”
As the Press Release issued with the Guidance Note made clear, contracts that are already in force and continue into 2015 will not have to be rewritten, even though suppliers will have to account for VAT on such revenues.  VAT will have to be assessed on the portion of supplies made on or after January 1, 2015.  If the contracts do not already make provision for VAT, the law empowers suppliers to charge VAT through the enabling provision above.  Supplemental bills may also be issued if necessary.

The transitional provision in section 98.(3) of the Act also makes it clear that the contract price included in a contract concluded after the date the Act comes into force which does not provide for VAT will be deemed to include VAT and a taxable person who makes taxable supplies under such a contract must pay and account for output tax chargeable on the supply.

Each Guidance Note specifies that it is provided for ongoing public consultations and will be expanded and revised as necessary, based on feedback.  Accordingly, the Guidance Note on Transitional Arrangements will be modified to provide further clarification on the provisions of the Act in respect of pre-existing contracts.