Bahamas Press readers would recall that Quant, as a lawyer and Carolyn Roberts as a banker at First Caribbean Bank on Shirley Street was exposed in a case of negligence-at best on this site several months ago. Bahamas Press had hoped, at the time, that enough was exposed to cause Quant and others to accept wrongdoing and quietly suffer the consequences.

However, articles in The Nassau Guardian of Nov.9, 2009 (Edward Penn Sues sons, lawyer) and on Nov. 11, 2009 (Businessman Edward Penn suing two companies), along with an apology issued on Nov. 13, 2009 to Quant and First Caribbean about printing the story—causes Bahamas Press to return to the subject of Quant and others to shed a true light on the issue.

The present status of this issue is that Penn, businessman, is suing Quant and First Caribbean Bank for arranging unauthorized access to his bank account for his children when Penn suffered a stroke in 2006. Penn’s children are also named in the law suit.

Bahamas Press has no comment on the merits or demerits of the pending case, as it is a matter for the courts to decide. However, it has been reported from various sources that Quant, First Caribbean Bank (Carolyn Roberts) and The Nassau Guardian owner is working in concert to deceive the public on this matter through the wutless media, of which The Nassau Guardian is the kingpin. 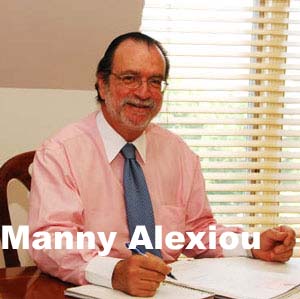 As a matter of public safety, Bahamas Press now reveals some background on Quant, Carolyn Roberts and The Nassau Guardian concerning this matter.

Quant was Penn’s lawyer prior to 1993, when he was subsequently fired for malfeasance and continuing to fraudulently claim that he took part in several legal works for Penn—after Penn had fired him and hired a different law firm! The new law firm, in turn, documented Quant’s fraudulent claim as it being a lie.

After Penn suffered a stroke in 2006, his children sought information about their father’s business and legal affairs, as they never were involved with those matters. The children ended up at Quant’s law firm, where at that time Quant fraudulently asserted that he is Penn’s lawyer and the company records only needed to be updated for the bank to authorize access to their father’s bank account. That was in 2006—but Quant was fired from 1993!

Bahamas Press can also reveal that Quant named Penn’s children as Directors of Penn’s Renovations & Construction Limited and arranged for his partner-in several crimes at First Caribbean Bank (Carolyn Roberts), to grant Penn’s children access to their father’s bank account! Bahamas Press will leave it to the courts to explain what kind of criminal acts was involved in that transaction.

Bahamas Press has given the background on Quant in this matter. However, Bahamas Press’ readers should recall that Quant, as Registrar General, was also involved in a major land fraud case in which several of his lawyer colleagues ended up facing criminal charges and the land owner recently got his land back out on Love Beach.

Bahamas Press also felt it necessary to reveal this information because The Nassau Guardian’s recent apology over printing two stories on the court case, in essence called Penn a liar and decided that there is no case to answer—when the courts haven’t even adjudicated the matter. This, again, shows the high stench of deceit in the wutless media—because what The Nassau Guardian didn’t say is that the owner, Emmanuel Alexiou and his law firm represents First Caribbean Bank!

Bahamas Press recognizes that the legal matter is in the hands of the courts. But in the court of public opinion, as it is a fact that Quant is a national treasure—the public needs to decide whether he is also a natural tief!