FREEPORT, Grand Bahama – Prime Minister the Rt. Hon. Perry Gladstone Christie visited Grand Bahama August 28, to expand the launch of the first ever Bahamas Carnival. The mega event is planned for May 2015 and will allow for Bahamians and visitors from around the world to immerse themselves in the music and culture of The Bahamas.

Bahamas Carnival “In The Spirit of Junkanoo” was officially launched in New Providence on Wednesday night by the Prime Minister, whose idea it was to stage the mega event. It is envisioned there will be four events in one weekend designed, as the organizers say, “to let loose in The Bahamas,” immersing in its rich medley of arts, crafts, and music.

“Junkamania” will kick it off the first day, between 8 p.m. and 12 a.m., when participants will feel the rhythm, the music of junkanoo and the soul of the Bahamian people; “Music Masters” will follow when people from around the globe can witness the best Bahamian musicians sharing the spotlight with a Grammy-award winning artist on a stage built for stars; “Midnight Rush” between 12a.m. and 6 a.m. when all can participate in sweet Junkanoo street rush; and “Road Fever,” the main masquerade, in the capital 11 a.m. to 8 p.m. that will showcase an epic collage of costumes, colour and culture on parade in front of the most iconic grandstand crossing of any carnival in the world.

Prime Minister Christie brought the message of involvement to the Junkanoo community of Grand Bahama during a meeting at the Ministry for Grand Bahama, then went on to meet with more than 100 persons from the business community to encourage their active participation in the event.While meeting with the Junkanoo group leaders, the Prime Minister said he wants to create a platform to take Junkanoo to the world, and that he wants Grand Bahama to be a major participant, with involvement from the business community.

He noted, “we have not yet found the formula to take our culture and integrate it into our economy and make money for the people who are practitioners in our culture.” According to the Prime Minister “we have not taken advantage of a billion-dollar tourism economy and maximized the return on it for the people who spend their lifetime making other people happy as participants in culture.

“We you look to other countries and there are three hundred plus Carnivals in the world. When you look at other countries you see that the people who are leading in those enterprises make money from it,” he said.

Mr. Christie said that he had been sitting with Percy “Vola” Francis and the late Gus Cooper for years, lamenting the fact that they are artistic geniuses who have not really benefited economically, while there is “no parallel in the world for people with their talent and what they do, their output culturally, there is no way to explain it.”

He recalled returning to The Bahamas on an aircraft with the Tourism Minister and telling Mr. Wilchcombe that he was going to start a festival by whatever name similar to Carnival.

According to Mr. Christie, the decisive intervention for him was when Gus Cooper and Vola Francis came to him and said to make this work, they would bury their differences as Saxons and Valley Boys, form a company jointly together, and they would begin the process. 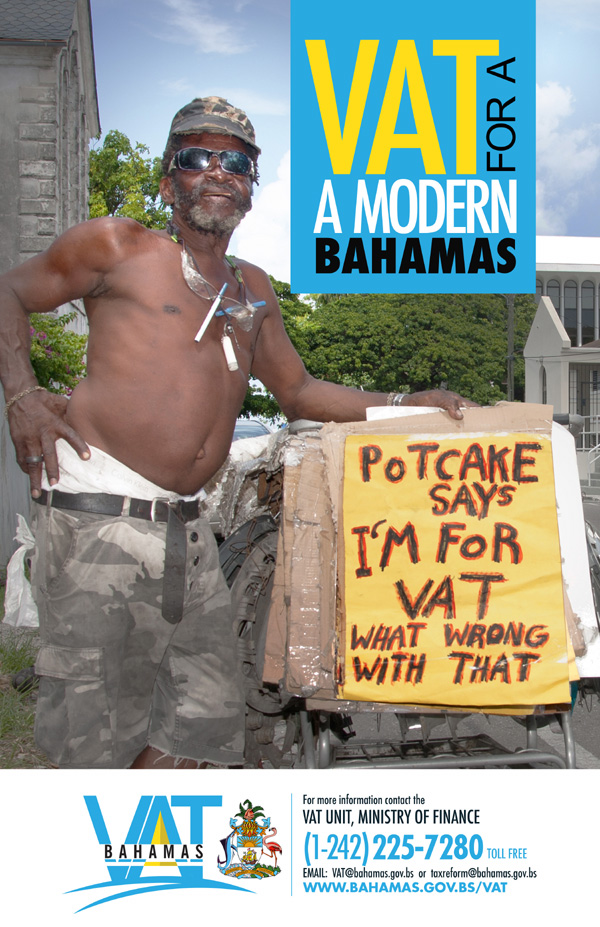