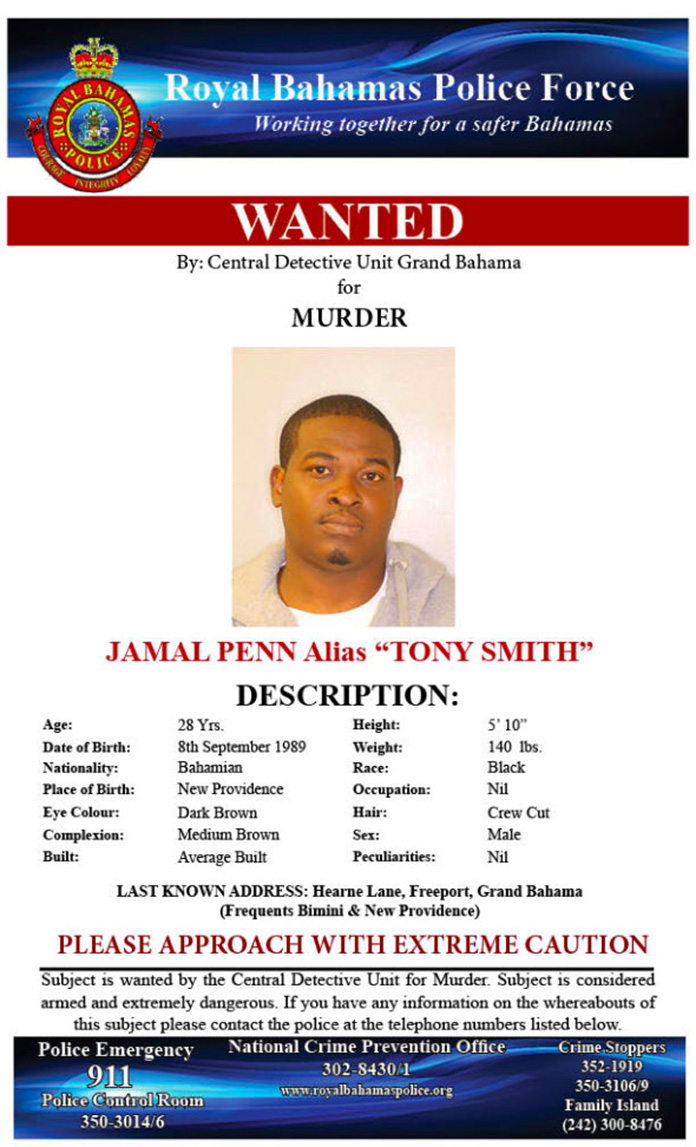 Police in Grand Bahama need your assistance in locating two suspects who are wanted by the Central Detective Unit for Murder.

Both men are considered armed and extremely dangerous. If you have any information on the whereabouts of these two men, you are asked to contact the Central Detective Unit in Freeport, Grand Bahama at telephone numbers 350-3107 thru12, 911/919 or call your nearest police station. 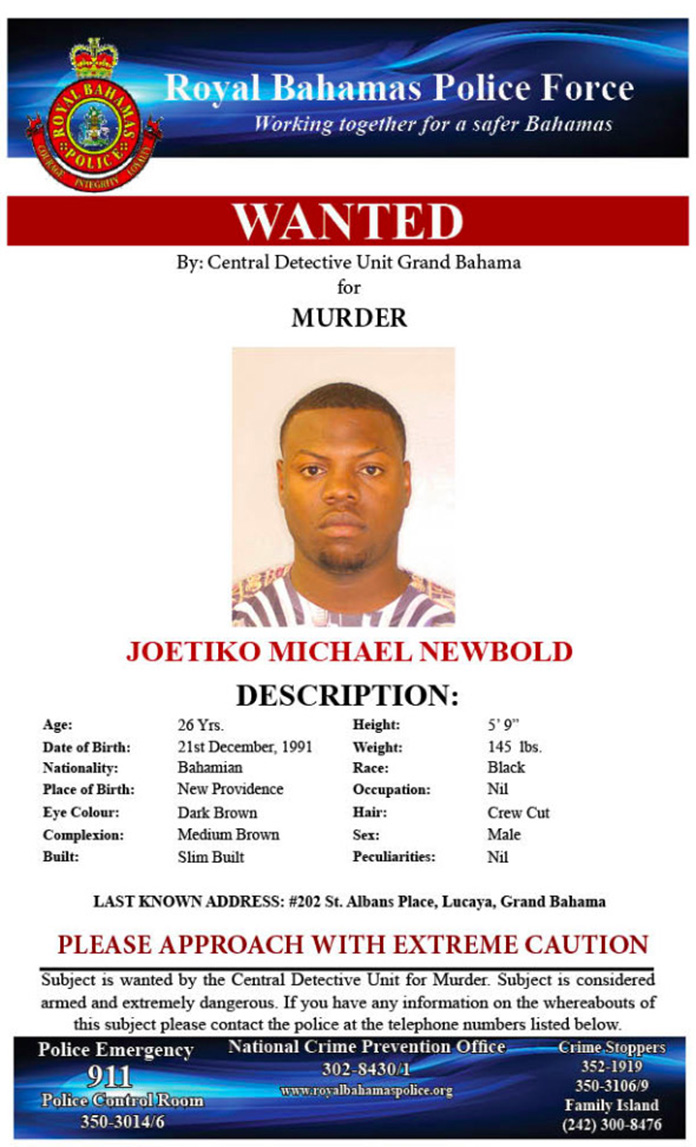