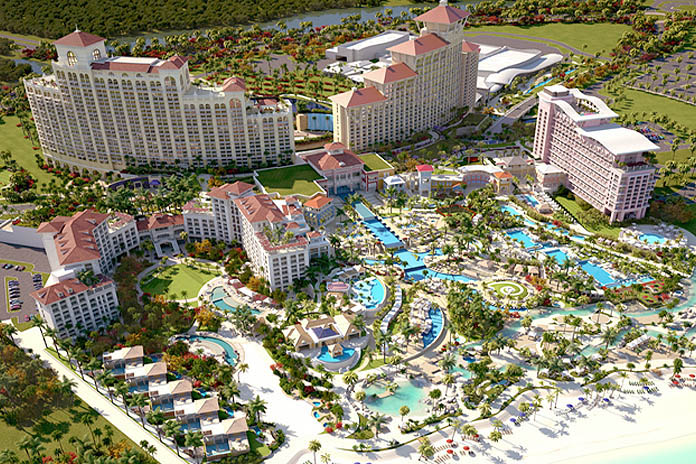 Press Statement
Government of the Commonwealth of The Bahamas

Response to the BMD Holdings Statement of 5 March 2017

-The allegations contained in the 5thMarch 2017 press release from Mr Sarkis Izmirlian’s, BMD Holdings with respect to the Baha Mar Resort development, printed today in the business sections of both major newspapers, are not only inaccurate and unsubstantiated,  but represent a  persistent and unpatriotic attempt by the failed project developer to mislead Bahamians, detract from the tremendous accomplishments made by the stakeholders along with Government in turning the project around, and to conceal the fact that BMD failed and then failed to recover from failure.

BMD’s statement is misleading in many places and factually inaccurate in others.

Firstly, the suggestion that there has been misinformation or misleading information by Government with respect to the progress made at Baha Mar or with respect to any opening dates is plainly false.   The announcement of a soft opening date in April 2017 for several of the major components of the hotel (the Casino, Casino hotel, Convention Centre and golf course) remains unchanged.   As would be public knowledge, both the Convention Centre and the golf course have been made operational on an intermittent basis for the hosting of specific events.

The fact that independent operators of other parts of the resort have suggested deferred or staggered opening dates with respect to their hotel brands does not in any way detract from the extraordinary effort and progress that has been made toward the completion of construction and opening of the resort, nor does its cast any doubt on the target date for the soft opening of other parts of the resort. It is simply a reflection of the commercial realities that exist, due largely to the state in which the hotel was left by the former developer after filing for bankruptcy, and the need by these brands to ensure that they are in a position to meet the qualitative expectations of their clientele when they do open.

Further, to suggest that the Court appointed provisional liquidators should have expended substantial sums of money and risk in pursuing CCA (and defending CCA’s counterclaim) in the English High Court, which would undoubtedly have been hotly contested and lengthy in duration, ignores the fact that (even if successful) the proceeds of any litigation would have been payable to CEXIM Bank under its security and not, as BMD suggests, to Bahamian creditors.  BMD would be well aware of this.

In circumstances where BMD cannot state when the Baha Mar Resort would have opened (if at all) had the Chapter 11 process continued, its estimates as to the likely job losses and tax revenue losses are meaningless. BMD’s proclamations and protestations of delay do not reflect the reality on the ground in The Bahamas, which is as follows:

– The Baha Mar Resort is being completed at pace under the direction of Chow Tai Fook Enterprises, a world class hotel and casino operator.

– Former Bahamian employees of Baha Mar have received their severance payments in full.

– Despite being left in a perilous position by the original developer, Hyatt Hotels Corporation confirmed in its press release dated 28 February 2017 that it has renewed its commitment to the resort and has entered into a management agreement with the resort’s new operators ahead of the April 2017 opening.

– Baha Mar is currently recruiting Bahamian citizens to fill more than 1500 jobs and it is anticipated that thousands more will be created over the coming months.

In retrospect, it must also be recalled that BMD had countless opportunities for well over18 months after the point at which it knew that it did not have sufficient financing to complete Baha Mar to submit a credible proposal for the purchase of the resort.  Whilst BMD continues to claim that it is “ready, willing and able” to purchase the resort, the Government has never seen a credible offer at all from BMD, nor any evidence of funding, and apparently neither have the receiver-managers as part of the Supreme Court supervised process for the sale of Baha Mar. The irresistible inference, indeed the inescapable conclusion must be that there is no such funding and therefore BMD’s motivation to continue to ventilate these issues in the press is little more than petulant annoyance in not having succeeded in delaying the project indefinitely in Chapter 11 proceedings in the US.

Indeed, once Mr. Izmirlian decided to file for bankruptcy in a foreign court, he lost all credibility as someone who could claim to have the interest of his Bahamian employees or contractors at heart.  The instigation of Chapter 11 proceedings meant thousands of job losses, the shuttering of the resort, and the prospect of years and years of litigation between the various parties in the United States.  The Government was never going to allow this to happen, and took swift and decisive action to bring the parties back to The Bahamas.

This action was taken in order to achieve a beneficial outcome for all stakeholders and for the people of The Bahamas, in whose interests we serve. The fact that BMD referred to this decisive action as “interfering” is for no other reason than its actions, which were to protect its self-interest rather than the interest of The Bahamas and Bahamians, did not succeed, and it was the Government which had to intervene and save the day.

The constant references to the “Chapter 11 reorganization process”, as if this were some silver bullet for rescuing the project, also needs to be put down.  As the Government has indicated on more than one occasion, Baha Mar’s “plan” for the restructuring of the resort in Chapter 11 was devoid of detail and brought into stark focus the fact that the original developer did not have the funding required to complete the resort. The plan called for nothing more than the immediate closure and shuttering of the site whilst the developer sought new sources of finance, however long this would have taken, with thousands of jobs being lost in the meantime.  The plan did not directly address how the developer would deal with its secured creditor, CEXIM Bank, who had extensive security over the resort for the lending they had made in sums exceeding $2.4billion. Given an opportunity to do so, BMD did not and could not have proposed a viable path to complete and open Baha Mar.

The proposed Chapter 11 plan offered no timetables for the completion of the restructuring or opening of the resort because BMD did not know how long the litigation would have taken or whether new funding would have been forthcoming.  In fact, it is clear that the Baha Mar Debtors were only able to obtain “debtor-in-possession” financing from an affiliated company, Granite Ventures, as by their own admission in court documents filed in the Delaware proceedings,  “no third-party lender would have been able to provide DIP (Debtor-in-Possession)  financing in time to meet the Debtors’ needs given the size of the Project and the complexity of the capital structure,” and any form of financing after filing for bankruptcy “on an unsecured  basis would plainly have been unobtainable.”   As it turned out, of the meagre $80 million of DIP financing offered by Granite, the Baha Mar Debtors obtained Bankruptcy Court approval for only $30 million, and Granite actually funded less than the paltry sum of $15 million.

Consequently, BMD had no evidence and still today, has no evidence to suggest that Baha Mar would have opened sooner, had the Chapter 11 plan been left to continue over 1,000 miles away in Delaware, and with contested legal proceedings being pursued against CCA in England.

The fact-free assertions of BMD and Mr. Izmirlian are contradicted by their own admissions when they filed for bankruptcy. Their failure and missteps slowed the project down, but thankfully, Baha Mar is now in safe hands. The Government has worked tirelessly with all of Baha Mar’s key stakeholders to ensure that it will be a success for The Bahamas and its people. The Government looks forward to the opening of the resort in April.