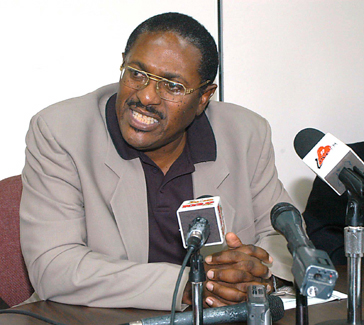 It is the FNM which is demonstrably deceptive, delusional and is practicing “informational asymmetry.” They have all the information, but are releasing it selectively. This is dishonesty at its worst.

So call greatest Tax relief in 30 years?  That’s very subjective, but the government did lower food items on about160 bread basket items and the reductions were minimal as the stamp tax removal from these items amounted to a paltry 2%. The FNM must answer how is it that the pricing index places the inflation on food items at 8.1%? How is it that the inflation rate in the Bahamas overall is in excess of 4% compared to 1.7% on May 2nd 2007 IF THE FNM IS CLAIMING TO HAVE GIVEN THE SINGLE LARGEST TAX RELIEF IN 30 YEARS???. THE FNM MUST ANSWER THIS BECAUSE THE EMPIRICAL DATA IS NOT CONSISTENT WITH THESE OUTLANDISH AND BASELESS CLAIMS.

On the issue of stamp tax relief for first time home owners, the government allowed that Act to expire in December 2007 even though the law provided for an extension. The government came under heavy criticism from the PLP and Bahamians in general because it was a really good piece of legislation. The government back-tracked and reintroduced the stamp tax relief for first time home owners at its 2008/2009 budget communications. I credit the Official Opposition for shaming the government and forcing them to retreat on their initial policy position.

As for the Nassau Redevelopment Act, that was narrowed down to businesses on Bay Street as the FNM amended the definition of “the city of Nassau” to exclude any business south of Dilette Street or “over the hill” as we like to call it.

But the pressing question the FNM has dodged since May 3rd 2007 is this: If the economic growth projections were downgraded from 4.5% to 2% in the 2008 fiscal year, then how is it that the FNM government predicted an INCREMENTAL revenue increase of 10% or $145 million over the previous year? HOW WAS THIS POSSIBLE???  This was possible through wide ranging and precipitous tax increases on a wide range of goods and services. There was nowhere in the budget communication where this single largest tax increase in the history of the Bahamas is mentioned. I challenge the FNM to review the PM’s budget communication; it is simply not mentioned. They did mention (many times) the tax reductions on 160 or so breadbasket items, but cowardly hid the huge tax increase.

The FNM’s press release said that the PLP Parliamentarians should have read the document before coming to parliament, but read what? It was not in the document. The Bahamian people found out when the new fiscal year began and the H M Customs were charging them the new rates that they were unaware of. Again, the government came under very heavy criticism for this.
So the argument that the FNM was deceptive and misled parliament about the huge tax increase is an argument with strong merit. The empirical data bears this out to be true. Bradley Roberts is not delusional; all of his claims can and have been substantiated.