Nassau, Bahamas – We hope it is not so. We pray it is just another nasty rumour, but if it is indeed true, it will be no surprise to Bahamas Press at all.

News has reached the desk of Bahamas Press, which suggests former DNA candidate for South Abaco Roscoe Thompson III has resigned the DNA and has returned home to the FNM.

If true, it will confirm the long speculation by BP – since early in the year – that the man who castigated Hubert Ingraham was genetically tied to the FNM and was expected to return.

Sources deep in the FNM tell us that Thompson abandoned his plans to continue with the independent party [DNA] and signed back up for duty as a member of the FNM.

Thompson, you would remember, was a hardcore FNM follower and was a meritorious council member of the Party before he resigned.

No official word from Thompson has come following the shocking news, but we at BP are not surprised.

In December of 2011 Bahamas Press reported: “Contrary to his many denials online and in the Tribune, Thompson is on the verge of defecting to the FNM. Bahamas Press can confirm that supporters of the DNA candidate were informed last night of a secret meeting to be held with the Prime Minister for this coming Saturday. The PM will be in Abaco to bring in the New Year.”

By March of 2012 the Nassau Guardian reported how the then Prime Minister Hubert Ingraham had told Thompson, who attended an FNM rally, to “Come back home where your heart is…”

But Thompson stalled. Lost his bid in the South Abaco seat where he and the PLP candidate received a most vicious cut-yinna-know-what-we-want-say in the May 7th General Elections.

BP asked Mr. Thompson about this new development and here’s what he said: “Nobody has a crystal ball to see what the future holds, but I will be supporting Greg in this by-election. When I go to give a press statement, I won’t leave you out.”

So we are not surprised by these developments.

Thompson was never independent. He was always FNM and, from the looks of things, his entire DNA talk was ‘juiced up lies’…Red is where the heart is.

Another fake and fraud goes home!

But this is not the heart of the story. We can confirm forces deep behind the gates of Lyford Cay are knocking on the doors of DNA Branville McCartney for a major comeback to the FNM.

Many believe the party will be resoundingly defeated in North Abaco by-elections and doors for new leadership within the party will then swing open wide.

If Branville returns to the FNM, it will be the beginning of the end of the Ingraham hold on the party and a Butler-Bran or Bran Butler team can emerge. 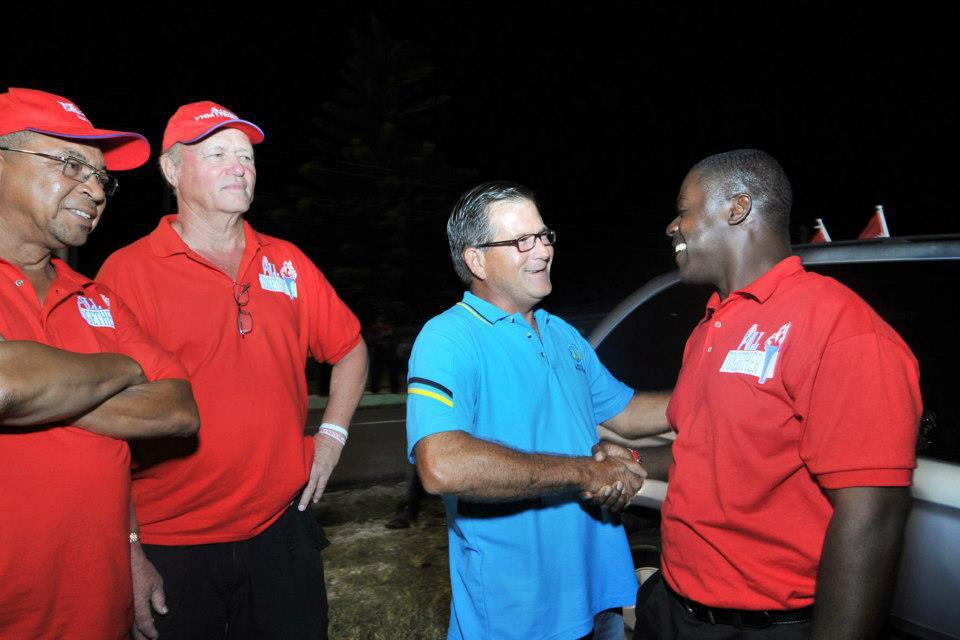 Roscoe Thompson back home with the FNM as forecast by BP since December 2011.