Could this be another RIP-off or Bankruptcy coming?


Nassau, Bahamas – The man who bankrupts Bahamar twice then bankrolled the FNM chanting “It’s the People’s Time” has now parked up in da People’s House at Government House as if he was large and in-charge of the FNM.

The failed hotelier showed up with his bankrolled FNM candidates who all won in the May 10th General Elections.

Sarkis and Louis Bacon are now on the way to see what they can do to control the Minnis Government.

Prime Minister Minnis told the country he will sell Bahamar? One must wonder if he will now sell it to Sarkis! We ga see!

They chanted all across the Bahamas ‘IT’s DA PEOPLE’S TIME’, but while the people were outside the Ballroom of Government House [cannot get in] Sarkis and the money crew were inside gleefully celebrating how they had tricked da people. 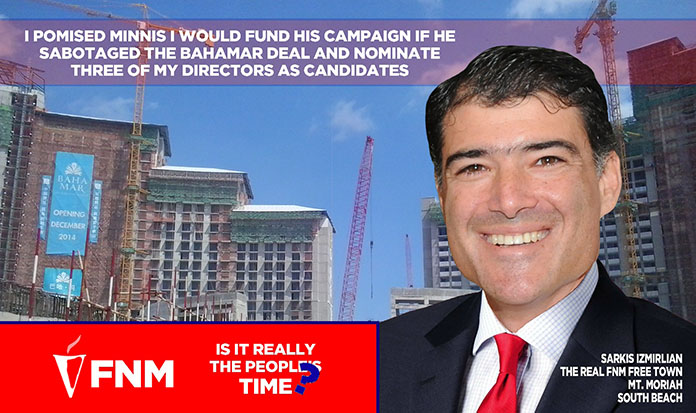