Two Bahamians now on the IAAF 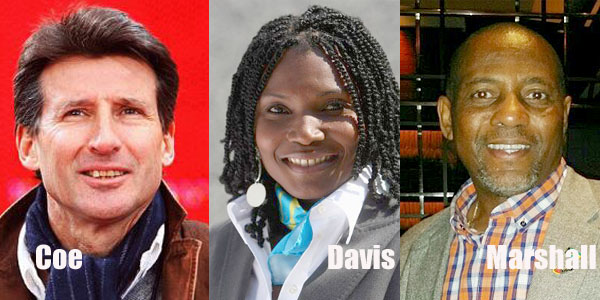 Beijing – Sebastian Coe, the double Olympic champion who led the organising committee of London’s 2012 Games, has been elected in Beijing today as the president of the world governing sports body for athletics, along with two Bahamians.

Ahead of the World Championships in Beijing and against a backdrop of doping allegations that have brought the sport to its knees, Coe defeated Ukrainian former pole vaulter Sergey Bubka and will now be tasked with restoring the reputation of the sport.

Also elected to the sporting body in Beijing are two Bahamians Pauline Davis-Thompson and Dennis Marshall.

Pauline returned to the sporting body after a long athletic career. She almost single-handedly moved the body to began the world relays in the Bahamas. The BTC IAAF World Relays returns to the Bahamas in 2017.Dennis Marshall, a former athlete, was also successful in those elections. He will serve as a male on the 20% rule in the IAAF’s women’s committee, where 20% of the members have be persons of the opposite sex. Both Bahamians were successfully guided to their positions by campaign manager Winston Marshall, who had previously managed successful elections of other noted Bahamians to the organization.