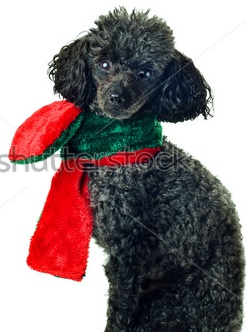 Who is Da Poodle who beat he wife and live in he pah house?

We don’t know if it is the man who ran from a constituency in Southern New Providence or if it is the FNM MP whose home was recently broken into by thieves who stole his sex toy. Both FNM MPs have a record of beating women.

Da Poodle, some say, one evening came home in a rage and beat his educated wife so black and blue that she had to spend the night in hospital.

Da toothless Pit Bull was all over the place telling reporters the story was not true, but these days in the FNM nothing is true. BTC is still owned in the majority by Bahamians [49% is the same as 51%]. They say they didn’t fire any government workers like ZNS employees and they saying now their hands are clean. Ask Earl ‘Helicopter’ Deveaux if that is true.

In fact, ask Brent if that’s true about him and the latest scandal erupting on the roadworks.

If you follow the FNM these days, you would learn a saying among its party followers who repeat –  “The roads them are open, paved and are completed.”

If ya believe dat, I gat one government I want sell ya!

But what forced BP to put pen to paper this morning involves that SHAMEFUL display in the Parliament on Thursday.

‘Crazy’ Thompson, the FNM deputy speaker, decided to move on the floor of the House a minority report on the ROAD WORKS!

Dr. B. J. Nottage, Chairman of the Committee, tabled the findings of the Public Accounts in Parliament on Monday.

Get this, Thompson refused to attend meetings of the Committee appointed by the Parliament – yet he seeks to table a report from that Committee in the House? IMAGINE THAT!

You ain’t been in the room. You wasn’t at confession, yet, you want tell the story? WELL, BLOW ME DOWN! Crazy, your balloon of credibility just BUST BIGTIME in front of BP’s! HOW SHAMELESS!

You have committed Perjury in the Parliament! Your single mendacious, scandalous act to deceive the Parliament of the Bahamas – and by extension the People of the Bahamas – warrants absolute repudiation from Pineridge! And if you don’t know what that means, it means this – ‘Da Ax’ from the voters [Bahamianiese].

When will the FNM stop pissing on the people?

Then it is the Speaker, Alvin Smith, who sat in the chair like a baby with soil pampers. Can’t stand or sit. Just looking lost cause something happened in the seat of his pants.

He lost complete control of the House. He delivered no order back to the chamber and refused to recognize objectors to the minority report.

WHAT A JACKASS SERVING IN ROBE AND WIG!

Whenever the Parliament erupts into chaos, all the Speaker has to do is stand up and decorum would have been restored. Or he could have call a recess and let heads cool.

Hubert Ingraham told the press in his 34 years serving in the Parliament he has never seen anything like it. He forgot the incident of the Mace and the hourglass eh? You know, Frank Smith should have taken those instruments and threw them out the window.

Perhaps it is that time again!

RING THE DAMN BELL AND STOP ‘STENCHIN’! It is time to carry yinner [you know just what we want to say].