Over 50 members of the National Society of the Sons of the American Revolution (SAR) were in New Providence this week to commemorate the Battle of Nassau – a pivotal moment in both Bahamian and American history.

At the time, over 200 Americans invaded Nassau to obtain gunpowder and other supplies needed to combat Great Britain for independence.

Since civilians and British soldiers didn’t protest, no one was harmed and the Americans left Nassau two weeks later on March 17.

At Fort Montagu, the Ministry of Tourism hosted a brief reenactment of the event.

Antiquities Monuments and Museums Corporation (AMMC) members and Sons and Daughters of the American Revolution carried out the reenactment.

It climaxed with the firing of one of the canons on Ft. Montagu.

Permanent Secretary in the Ministry of Tourism Harrison Thompson welcomed SAR to The Bahamas and spoke to the importance of the historic event.

“This is significant as we in The Bahamas welcome millions of Americans every year with the hope that they would return and bring others with them. We in The Bahamas salute you the National Society of the Sons of American Revolution for your patriotism and your passion to keep your history alive.” 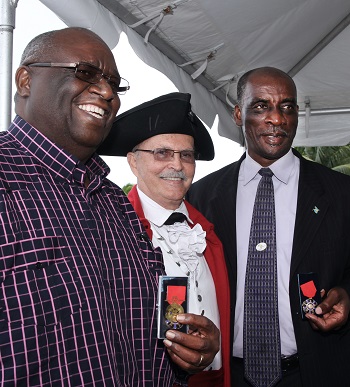 SAR President General Lindsey Brock said he has traveled all over the world to commemorate different events in the American Revolution.

However, The Bahamas impressed him more than any other place.

“ I have been to Germany, Spain, France and all over Europe and this is the most fabulous greetings that I and the others have received in a foreign country,” he said.

“We were so well-received, I could not imagine a better to commemorate an event such as this. I appreciate everything we have received here and we shall return. As a matter of fact, we may be back next year.”

SAR has over 33,000 members throughout the United States. 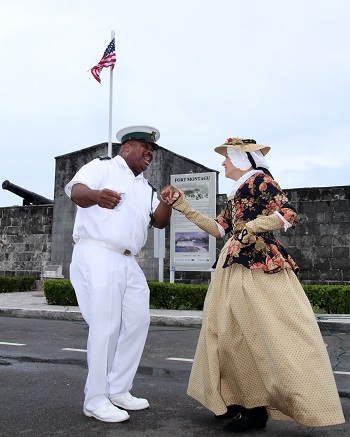