A letter to Da Editor

I would like to comment on a very interesting article, which appeared in the November 30th edition of The Freeport News. The article, which made the front page of the daily, was about the Democratic National Alliance (DNA) candidate for the Constituency of High Rock, Philip Thomas. According to the article, Thomas will no longer be running for the DNA party in High Rock. In my view, this is the last thing that the DNA needs right now. Just when Bamboo Town Member of Parliament and Leader of the DNA, Branville McCartney, thought things couldn’t get any worse for his new party, it has. 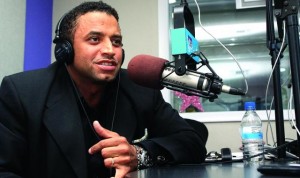 With respect to the alleged resignation of Osman Johnson from the DNA, I would like to know why he has left the party. There are rumors that he had left the party because of the lack of support from the leadership. If this story is indeed true, then the party will have to find replacements for Thomas and Johnson. An election has to be called on or before May 2nd, 2012.This means that the DNA has at least five months in order to find two new candidates. What amazes me about the DNA is the fact that the party hasn’t even been in existence for one year, yet it has more twists and turns than William Shakespeare’s Othello. The leadership of the DNA party continues to project an image of solidarity and unity among its party supporters and candidates in the Press, yet behind closed doors the party appears to be falling apart at the seams. I don’t think any objective Bahamian would deny that the DNA party is facing a serious problem.

Again, if it is true that Johnson has resigned from McCartney’s party, then that makes him the second DNA candidate from Grand Bahama who will not be running in 2012 for the party. As was mentioned already, the nomination of Philip Thomas has been withdrawn by the DNA party. According to Thomas, he was sacked for a simple disagreement he had with McCartney over whether or not a new hospital could be built in Grand Bahama. McCartney said no. Thomas, on the other hand, argued that ”we (a DNA government) could align ourselves with Ross University or we could align ourselves with anybody from the private sector if need be, but it’s a priority we really need a hospital on Grand Bahama.”

Apparently, no one is allowed to disagree with McCartney in the DNA. The former DNA candidate even went as far as alleging that McCartney is an authoritarian leader and that he is worse than Prime Minister Hubert Ingraham.

Quite frankly, I am taken aback that Thomas was sacked by the party over such a trivial matter. Even more alarming is the claim made by Thomas that a lot of the DNA candidates believe that McCartney has all the answers. If this startling claim is true, then it appears as if the DNA is rapidly degenerating into a cult with McCartney as its demigod. Furthermore, Thomas griped over the fact that DNA party members came to Grand Bahama to meet with Port Authority officials,but did not invite any of the local candidates to the meeting. Thomas viewed this as a slight to the candidates on the island.

That McCartney would ‘dis’ his party’s candidates isn’t my main concern, however. What I am concerned about is the fact that the party would withdraw the nomination of a candidate for simply voicing an opinion, which differed from McCartney’s. What Thomas told the Press about the DNA leader should cause the hair on the back of every Bahamian’s neck to stand up. If McCartney is already showing signs that he is a dictator and that he is ruthlessly opposed to anyone who has a divergent view from his within the DNA party, what would he do as prime minister if an opposition supporter openly disagrees with him? If McCartney and the leadership team of the DNA could treat a candidate like Philip Thomas in such a shoddy fashion, what would he do to his political detractors if his party wins the next general election? Good leaders take suggestions from their followers. When a leader reaches a point in his life when he rejects the good advice of the persons around him, then that leader is threading on dangerous soil. It is very dangerous when you become unteachable.

That the members of McCartney’s party would even call themselves the ”Democratic” National Alliance is really a misnomer. Judging from what the former High Rock candidate said to the Press, the leaders of the DNA wouldn’t recognize true democracy if it were to roll over them in a Mack truck. Many of the supporters of the DNA claimed to have left the FNM because of Ingraham’s dictatorial behaviour, yet it appears as if McCartney is no different from the prime minister. If Thomas is telling the truth about McCartney, then the many former FNMs who had joined the DNA might as well go back to the governing party. At least the FNM has proven that it can win elections in this country. On the other hand, the DNA party has proven nothing so far. The DNA has yet to contest a single seat in an election, yet there are already numerous defections from the party.

The Bahamian electorate should monitor McCartney’s party more closely before they decide to cast their ballots for his candidates. I am very concerned about what I am hearing in the Press, particularly the incident with Philip Thomas.