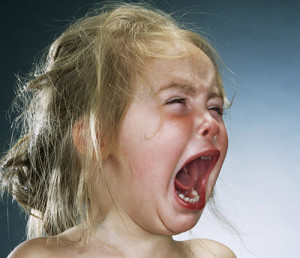 Babies crying for food in the Bahamas, thanks to Ingraham’s wicked policy of STOP, CANCEL and REVIEW.

Nassau, Bahamas: Subway restaurant on Blue Hill Road had only two bread for selection, Texaco Service Station on Thompson Blvd. has no fountain Coke or Pepsi flavours because of failed deliveries, Dairy Queen in the Harbour Bay Shopping Centre had only one worker serving customers inside the store and at the drive-through, and at almost every gas station we stop at these days newspapers are free – even if you don’t want them. Nassau, of all the islands, is moving quickly in a deep, deep recession and the man who has done this to the people of this island is powerless to do anything.

Bahamas Press forewarned, long before this global recession, that the policies of Hubert ‘Da Lackey’ Ingraham would cripple The Bahamas causing a deep recession and we noted then, if something was not done at that time, The Bahamas will fall into depression not seen since 1936, when the government passed out cheese to residents.

Bahamas Press has learned that a second round of mass firings is scheduled to commence at major insurance company. Our source noted that workers have already been given notice of the pending terminations and that many know that if it is like the last spate of firings it will be disastrous.

A former senior executive of that company said, “The wicked leadership at the insurance giant has yet to pay many who were fired in the first round, so it must be frightening for persons at the company to hear such bad news in this new year.”

Bahamas Press is not surprised of the shakeup about to take place at the company, “Da Lackey” painted a picture of the bleak economic forecast headed for The Bahamas and reminded reporters on Monday of his address to the nation in November, where he stated that more layoffs are expected throughout the country.

Bahamas Press is acutely aware of the prime minister’s comments, and has warned residents that whenever you hear him speak, he speaks for BAY STREET and Kerzner. The Lackey is always quick to forecast bad news ahead for the residents as he gets the go ahead to speak to us from his backers.

“YOU CANNOT HIDE INGRAHAM, WE KNOW YOU CANNOT SPEAK UP FOR THE WORKING POOR IN THIS COUNTRY! YOU NEVER HAVE AND NEVER WILL!”

Where was Ingraham’s voice for the poor when he fired over 1,200 temporary workers in the government service in 2007?

Where was Ingraham’s voice for the poor when he kicked onto the streets of Grand Bahama scores of hurricane shelter victims, including their babies?

Where was Ingraham’s voice for the poor when he stopped $90 million dollars in capital development works for this country, which caused thousands of plumbers, masons, carpenters, tile layers, painters and associated construction work line staff to be forced out-of-work by the stroke of his pen?

Where was Ingraham’s voice when we reported how his Cabinet approved the Mass Disconnection of over 6,000 BEC consumers in the summer of 2008, whilst major hotels lights stayed on with bills approaching the million dollar figure?

And where was Ingraham’s voice for small craftsmen, artisans and entertainers when he cancelled Carifesta 2008 slated for The Bahamas and threw the culture trade for thousands of Bahamians out the window?

Ingraham is NO friend for the Bahamian poor, nor is he a friend of the average working middle class. Ingraham speaks for everyone else in The Bahamas but the poor and working class in this country. And we know just why. If you don’t believe us, ask yourselves how is it the Prime Minister’s mother can fall sick and die in the Princess Margaret Hospital, awaiting the services of a doctor, is that how people treat their mother these days? He did nothing and said nothing about it.

And if ‘Da Lackey’ could treat his DECEASED MOTHER that way, what do you think he would do to the poor in this country.

And so whilst the country plunges to hell, thanks to INGRAHAM, we conclude by asking this question. With more layoffs headed for the hotel sector as seen on Monday where 21 persons were fired at Comfort Suites, and a second incident on last Friday where the WUTLESS ‘TOILET PAPER’ TRIBUNE reported Monday (hidden in the Business Section) that a “…small number of job losses” (20 workers fired) were at Domino’s Pizza, does anyone know where is “Da Lackey’s” Minister of Labour is these days?

Too many people are losing their jobs and the man is probably somewhere practicing law when he should be serving the people as minister. WHO IS SPEAKING FOR US? WHO IS THE VOICE OF THE WORKING POOR IN THE BAHAMAS? WHERE IS OUR VOICE OF HOPE?